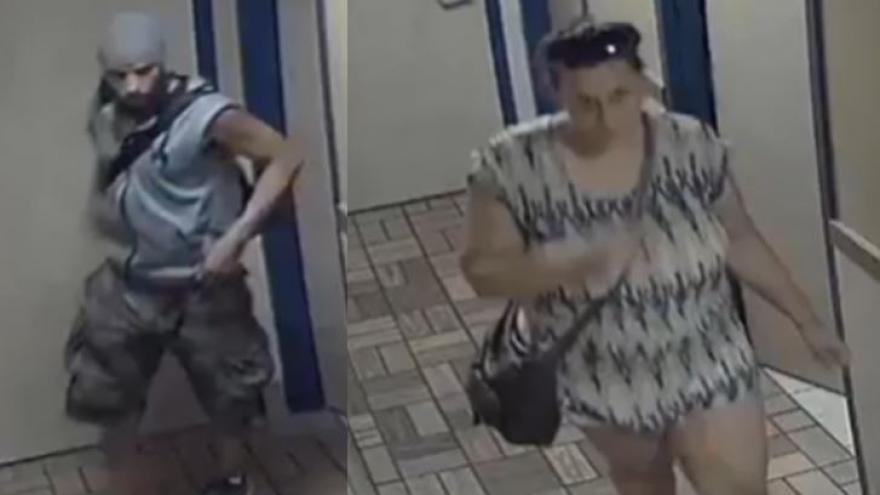 MILWAUKEE (CBS 58) -- Milwaukee Police are asking the public for help in identifying two suspects wanted for a substantial battery.

The first suspect is described as a black male with a medium skin complexion, in his late 20's to early 30's, has dreadlocks, and a dark beard.

The suspect was last seen wearing a gray zip-up jacket with cut off sleeves, gray shoes, and camouflage cargo shorts.

The second suspect is described as a white female with a heavy build and was last seen wearing white shorts and has contusions under both eyes.

Anyone with information regarding this incident should call MPD at 414-935-7360.