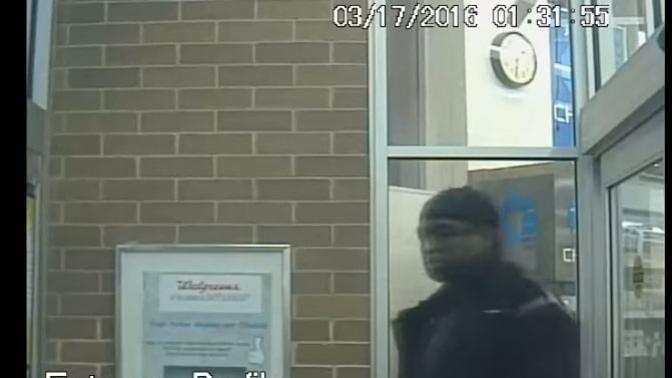 Milwaukee Police are asking the public to help identify a suspect who is accused of robbing the Walgreens located at 3233 S. 27th Street around 1:30 AM on March 17.

The suspect is described as a black male, 34-42 years-old, 5-feet 10-inches to 6-feet tall, 200-220 pounds, with a dark complexion, braided hair, and a slight beard. He was last seen wearing all black clothing and turquoise shoes.

It’s believed the same suspect has committed at least two other similar robberies on the South Side recently, according to police.