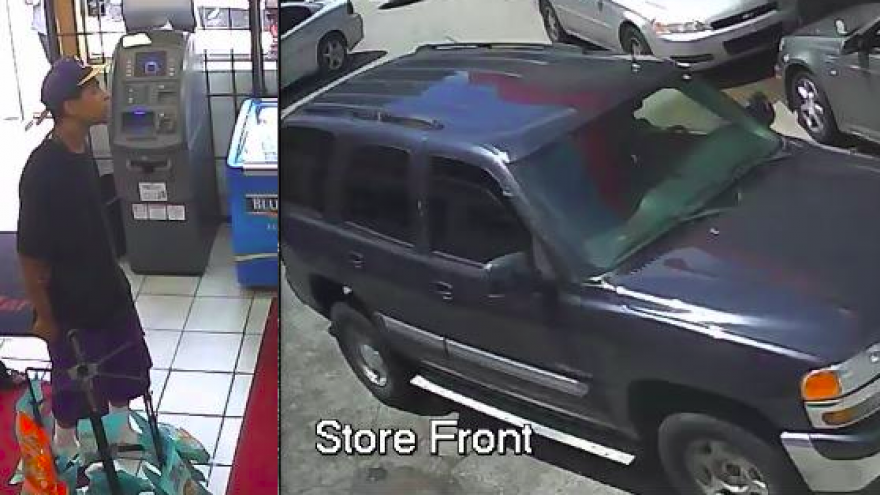 The male suspect approached the female victim and demanded belongings from her. During the robbery, he revealed that he had a gun. The suspect then entered a black 4-door GMC SUV being driven by another male and they fled the scene. The vehicle had the license plate 122-MRN.

The suspect is described as a black male, around 26-years-old, between 5’10”-5’11” tall, with a slim build, and light complexion. He was last seen wearing a baseball cap, a short-sleeved t-shirt, dark colored shorts, white calf-length socks, and black Nike flip-flops.

Surveillance pictures of the suspect and vehicle are attached to this e-mail.