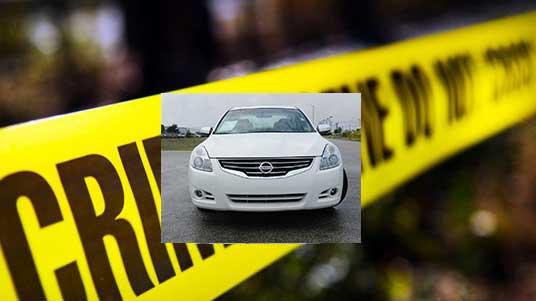 The Brown Deer Police are looking for a suspect in shootout that occurred on December 6 at North 60th Street at West Bradley Road.

Police were called around 1:00 AM for a report of shots fired and two vehicles traveling at a high rate of speed.

Minutes later Brown Deer Police received a call for a vehicle crash in the 9300 block of N. 60th Street.

It is believed that the crash was a result of an incident that started in the City of Milwaukee after the suspects left Kiss Ultra Lounge, N 76th St and W Good Hope Rd and engaged in a rolling shootout.  Ultimately the white sedan, a 2012 Nissan Maxima, rammed the other vehicle, causing it to crash.  The occupants of that vehicle were taken into custody, but the white Nissan Maxima fled the scene.

The suspect vehicle should have a damaged front grille and would be missing the Nissan emblem on the front grill.  The Maxima also may have bullet holes from the shootout. Below is a stock photo of a 2012 Nissan Maxima.

Anyone with information is asked to contact the Brown Deer Police Department at 414-371-2900.