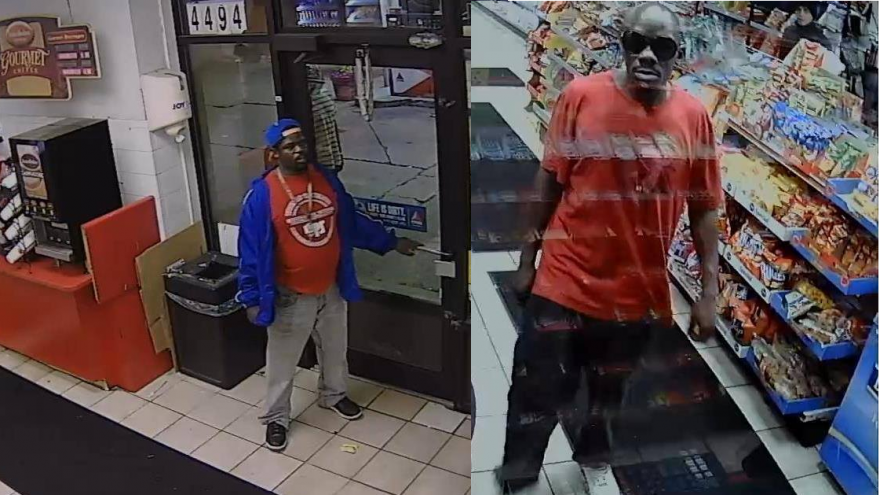 Milwaukee Police are seeking two suspects wanted in connection with a strong armed robbery at Lisbon Gas and Food, 3033 W. Lisbon Avenue, around 1:05 a.m. on July 23, 2017.

The two suspects entered the business and Suspect #2 acted as a lookout while Suspect #1 stole merchandise. An employee of the business confronted Suspect #1 and was struck by him. Both victims then fled the scene.

Suspect #1 is described as a black male, between 28-35 years-old, and last seen wearing a red t-shirt, dark pants, white athletic shoes, and sunglasses.