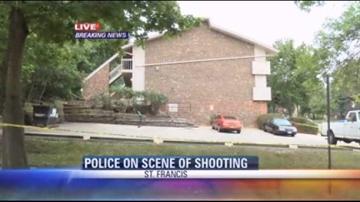 SAINT FRANCIS -- Police are looking for a man who shot a woman at an apartment in St. Francis overnight.

A resident at an apartment complex at 3500 Tesch Avenue called police just after 3:30 a.m. August 21 and said that his girlfriend had been shot inside their home and the suspect ran away.

The victim is being treated at a local hospital.

Several law enforcement agencies and canine units responded and searched for the suspect, but did not find him. Police say they believe he has left the area, but would not say if he is still armed or a threat to the public.

The suspect is described as a Hispanic male in blue clothing.