The Latest: Suspect in shooting of Illinois deputy arrested

The Latest: Suspect in shooting of Illinois deputy arrested

ROCKFORD, Ill. (AP) — The Latest on a shooting at an Illinois hotel (all times local):

Authorities say a suspect in the fatal shooting of an Illinois sheriff's deputy has been taken into custody.

Prosecutors in Winnebago County in central Illinois say they have issued a warrant with $5 million bond against Brown for attempted murder. Officials haven't said when charges against Brown will be upgraded.

A sheriff’s department spokesman says an Illinois deputy shot while helping to serve an arrest warrant at a hotel has died.

The suspect, 39-year-old Floyd E. Brown, was in his car that crashed Thursday afternoon along a central Illinois interstate. Illinois State Police officials said they were trying to negotiate with him.

Police say Brown fled the Rockford hotel earlier Thursday after shooting the McHenry County sheriff’s deputy who was assigned to a fugitive task force serving Brown with an arrest warrant. Police described the injured woman as an acquaintance of Brown and said she was injured by one of his rounds.

ROCKFORD, Ill. (AP) — A man suspected of shooting a sheriff's deputy and a woman Thursday at an Illinois hotel crashed his vehicle along an interstate highway while trying to flee police, and "negotiation efforts" were underway, authorities said.

Prosecutors in Winnebago County in central Illinois said they have issued a warrant with $5 million bond against Floyd E. Brown, 39, for attempted murder in the shooting of the deputy, who police said was in critical condition.

Police described the woman as an acquaintance of Brown and said she suffered non-life-threatening injuries after being hit with one of Brown's rounds.

The shootings happened Thursday morning at a Rockford hotel as a U.S. Marshal's Service fugitive task force tried to serve Brown with an arrest warrant. Brown fled the hotel and traveled about 170 miles (273.5 kilometers) south to Logan County, police said.

"He is still inside his vehicle off the interstate in a field in a rural area," Illinois State Police Master Sgt. Sam Thomas said. "Negotiation efforts are in process."

Interstate 55 is closed in both directions. The wounded officer, who police didn't identify, was a McHenry County sheriff's deputy assigned to the fugitive task force.

Police said Brown was wanted on warrants from multiple Illinois counties when the task force went to an Extended Stay America hotel in Rockford, a city about 80 miles (129 kilometers) northwest of Chicago. Brown is from the Springfield area, in central Illinois.

ROCKFORD, Ill. (AP/CBS 58) — The Latest on a shooting at an Illinois hotel (all times local):

Police in northern Illinois say they believe a man suspected of shooting an officer at a Rockford hotel has left the area.

Police say he fled the Extended Stay America hotel in Rockford after shooting an officer who was part of a regional fugitive task force trying to serve a search warrant. The officer was taken to the hospital but his condition hasn't been released.

Brass says police believe Brown has a rifle and is to be considered "armed and dangerous." Brass didn't know what direction Brown fled in.
___

Police say a gunman has fled an Illinois hotel after shooting an officer who was part of a task force trying to serve an arrest warrant.

Brass says investigators believe the suspect is still armed. He says: "We just want to end this situation peacefully with his surrender." 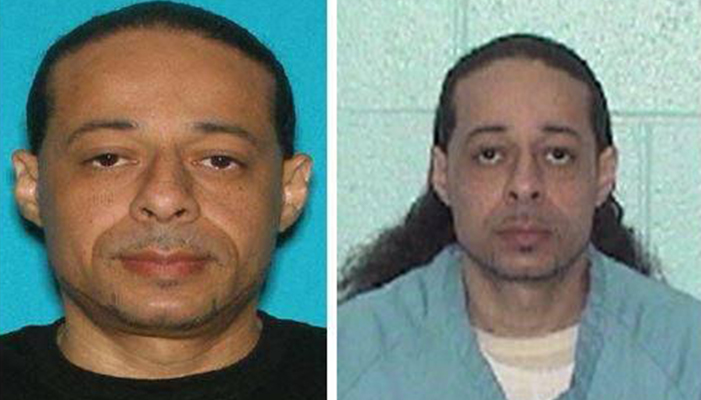 Rockford is about 80 miles northwest of downtown Chicago. Rockford Police believe Brown is out of the Rockford area and expect to give another update Thursday afternoon.

Authorities say an officer has been shot at a hotel in northern Illinois.

RPD officers are on scene investigating an active shooter situation at the extended stay off N. Bell School Rd. Please avoid the area.

She didn't immediately have details but said more information was forthcoming.

Local media is reporting that Rockford police are responding to an active shooter at a hotel.