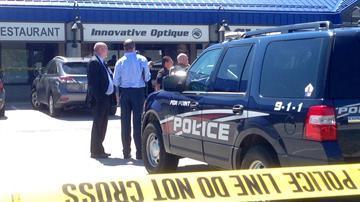 BAYSIDE -- Police responded to a robbery at Innovative Optique near Port Washington Rd. and Brown Deer Rd. in Fox Point. One person is dead, but police are not releasing any information on the circumstances of the man's death.

Based on the nature of the crime involved, a search warrant was obtained for the business and the crime scene was processed by the State Crime Lab personnel.

The Milwaukee County Medical Examiner will be performing an autopsy on the deceased and their identity will be released after family members have been notified.

According to acting Fox Point Police Chief Christopher Freedy,  the store's owner has been interviewed as well as other witnesses. Chief Freedy says two people of interest are being interviewed in relation to the fatal shooting.

The witnesses and store workers are described as cooperative.

Members of the Wisconsin Department of Justice and the Milwaukee County Sheriff's Office are assisting in this investigation.