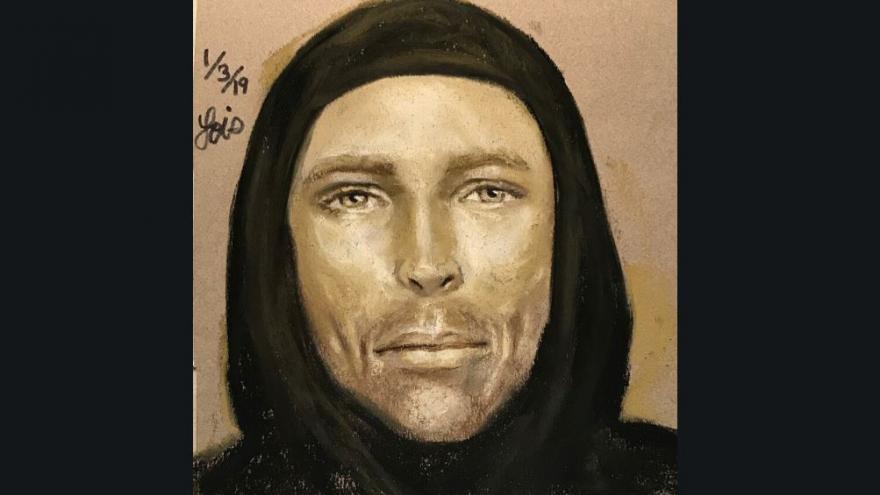 (CBS News) -- A gunman in Houston is wanted for shooting and killing second grader Jazmine Barnes as she rode in her mother's car last Sunday morning. In addition to a suspect composite sketch, the sheriff's office released a surveillance video Thursday of the gunman's red pickup truck just before they said he shot and killed Jazmine.

"Once I determine who did it… then we will understand motive a little bit better," Harris County Sheriff Ed Gonzalez said.

The suspect is described as a thin, white male in his 30s or 40s. The sheriff's office said he had a five o'clock shadow the day of the shooting but stress he may have changed his appearance since. Ultimately, though, they say he's a "cowardly killer" and they won't rest until they find him, reports CBS News' Janet Shamlian.

The family's attorney believes it was a hate crime.

"We do believe it was racially motived in part because our nation at this moment is a highly racially charged society," attorney Lee Merritt said.

LaPorsha Washington was driving daughter Jazmine and her three sisters to grab coffee Sunday when the suspect opened fire on their car. Jazmine was shot in the head and died immediately. Her mom was hit in the shoulder.

"I didn't see anything... but shattered glass and bullets coming toward my car," Washington said.

Jazmine's 15-year-old sister, Alexis, is the only one who saw the gunman.

"He was white and he had blue eyes, and that was it because he had a hoodie on so I couldn't see his hair," Alexis said.

The family is grateful for the support, but none of it can replace a daughter.

"I thank God that he did leave me three," Washington said. "But at the end of the day, they can't replace they sister."

There is now a $100,000 reward for the suspect's arrest. Community organizers are planning a rally in Houston Saturday. On Tuesday Jazmine's family will bury her and say their final goodbyes.