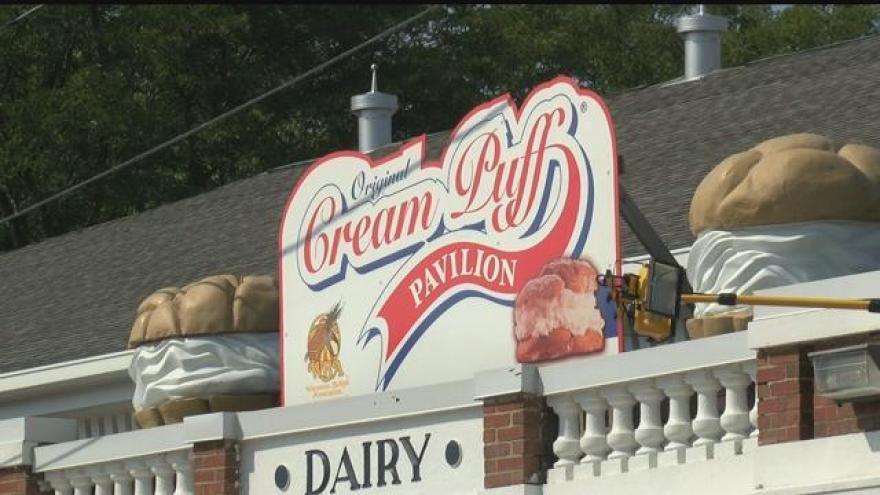 The woman became disruptive and uncooperative, and the officer on the scene attempted to calm her down.

The 19-year-old man was taken into custody at the scene.

During the struggle with police, someone pulled the building’s fire alarm at 4:11 PM causing the public to evacuate the building.

Onlookers thought that the woman may have had a gun when she left, but officers and other cream puff employees confirmed the woman was not armed. Police believe a cell phone her hand was mistaken as a weapon. During the investigation it was also determined that witnesses who reported hearing gun shots most likely heard a door in the Cream Puff Bakery slamming shut multiple times.

State Fair Park conducted a full sweep of the facility after the building was evacuated, and it re-opened to the public just before 5:00 PM on Sunday.

The woman was later arrested and faces charges of Battery to a Law Enforcement Officer and Disorderly Conduct. The man was arrested for a potential charge for Obstructing an Officer.

Both suspects are expected in court on September 7.