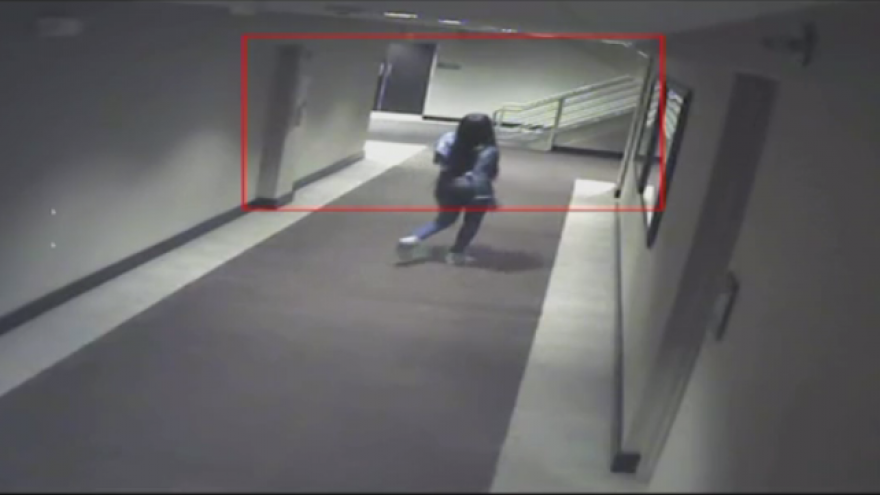 ROSEMONT, Ill. -- (WGN/CNN) Police in Rosemont have released all surveillance video received from the hotel where 19-year-old Kenneka Jenkins was found dead in a freezer over the weekend.

Jenkins’ body was discovered Sunday morning after she had gone to the Crowne Plaza Hotel Friday night for a party on the ninth floor.

In the videos released by police, Jenkins appears to be stumbling in the hotel kitchen, hallways and out of an elevator. WGN has posted the videos in which she appears, but police did provide other video from the hotel where she does not appear.

WGN did not receive any video where Jenkins walks into a freezer.

Earlier Friday, an attorney representing Jenkins' family released a statement saying they have not received any video from police of her entering the hotel freezer.

“Despite request for all evidence, we have only been provided snippets of video, none of which shows Kenneka Jenkins walking into a freezer," the statement reads in part. "Serious questions remain as to how she ended up in a Crowne Plaza Hotel freezer and why it took a day and a half for the hotel to find Kenneka."

This is a developing story. Check back for details.