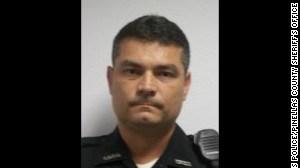 A suspect is in custody.

The fatal shooting occurred in a residential area in the predawn hours, said Cecilia Barreda from the Pinellas County Sheriff's Office.

The slain officer, Charles Kondek, was a 17-year veteran of the Tarpon Springs Police Department.

Kondek, 45, was a New York City police officer for five years before moving to Florida, the sheriff's office said.

The sheriff's office and local police are investigating.

Tarpon Springs is located on Florida's Gulf Coast about 10 miles northwest of Tampa.