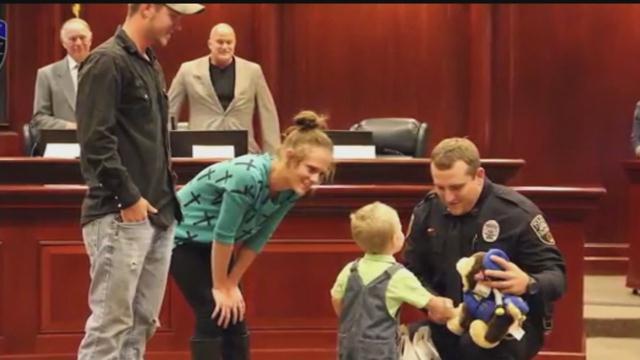 A police officer from Granbury,Texas is now known as a hero this morning for saving a toddler's life.

The father of 3-year-old Brayden Geis called 911 to say his son was not breathing.

Officer Chase Miller was first on the scene and it was all caught on dash cam video. He made it to the family before the ambulance did.

Officer Miller then told the boy's father to continue chest compressions while he ran to the car to grab a CPR mask. He returned shortly and continued to give CPR. After two more minutes, Brayden started breathing again.

"There is nothing I can give him for saving my son's life," says mother, Bethany Hoover.

Officer Miller received the Life Saving Award from the City of Granbury for saving the boy's life. Brayden has fully recovered.