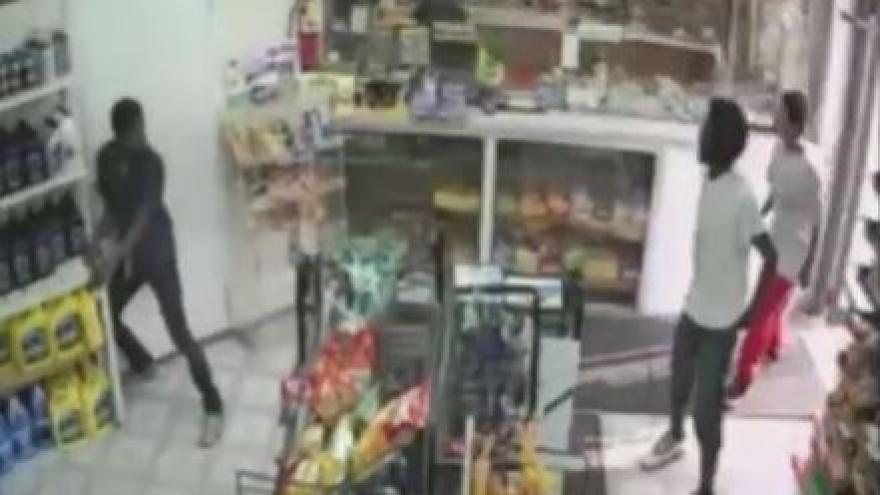 Investigators say the robbery happened just before 9:00 a.m. at the Armstar gas station in the 4300 block of West Fond du Lac Avenue on September 4.

Surveillance video released by police shows the suspects taking merchandise off the shelves while another suspect holds the door the clerk was trying to escape from. As the suspects fled the scene, one of them pointed a gun at the clerk.