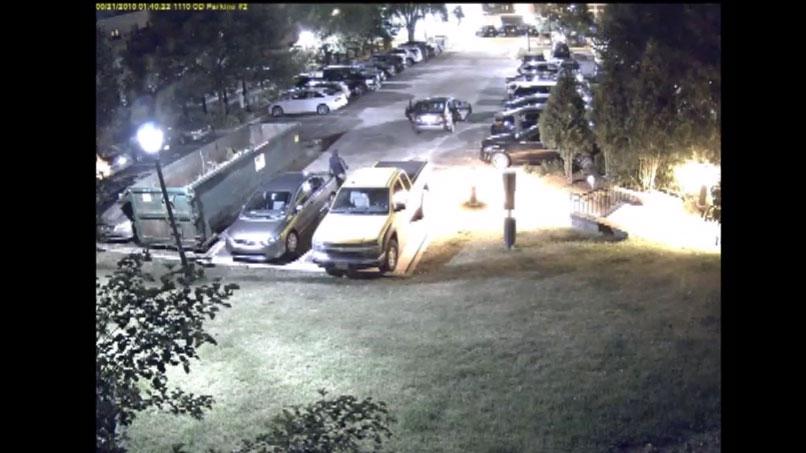 At least eight cars were broken into in a parking lot on East Ogden Avenue on Tuesday.

Milwaukee Police are asking the public to help identify several suspects who broke into at least eight cars in a parking lot in the 1100 block of E. Ogden Avenue around 1:40 a.m. on June 21.

The video shows six occupants of a silver 4-door Honda get out of the vehicle.

All six were dressed in different clothing and most had a string-type backpack that they were carrying. They all appeared to be wearing finger mittens on their hands and holding flashlights.

One subject was wearing a white plastic hockey-type mask.

The suspects broke the windows to the vehicles and ransacked the cars but at this time, no items were reported missing from any of the entered/damaged cars.

Anyone with information is asked to call Milwaukee Police District One at 414-935-7211.