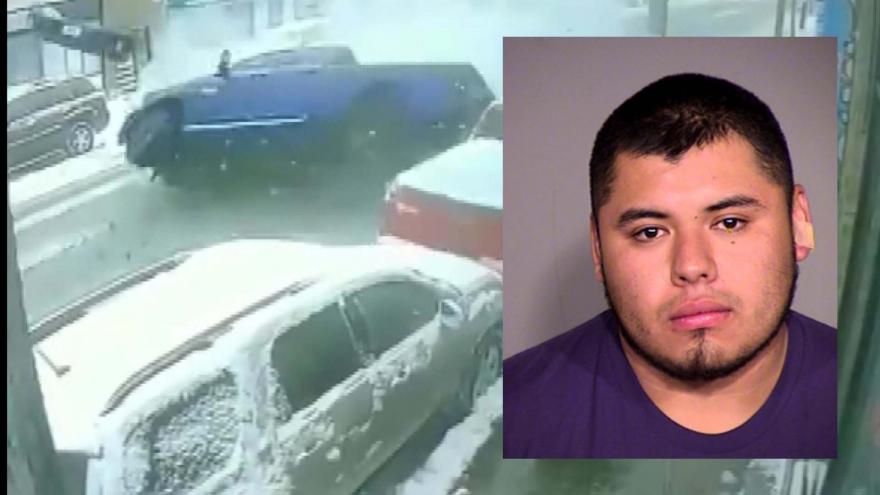 MILWAUKEE (CBS 58) -- Milwaukee Police are asking for help to find a suspect wanted in a fatal hit-and-run crash on the city's south side.

Police say on February 4, 27-year-old Juan Mata-Chavez was driving a pickup truck eastbound in the 1500 block of W. Lincoln Avenue at a high rate of speed when he lost control and collided with a westbound Toyota Corolla.

Investigators say Mata-Chavez fled the scene on foot and the driver of the Corolla, a 43-year-old woman, suffered serious injuries and later died at a local hospital. The woman’s son, a 13-year-old, suffered non-life threatening injuries.

Police say Mata-Chavez is charged with Knowingly Operating a Vehicle While Revoked-Causing Death and Hit and Run Resulting in Death. Police have released a photo of Mata-Chavez. Anyone with information is asked to call Milwaukee Police at 414-935-7360.