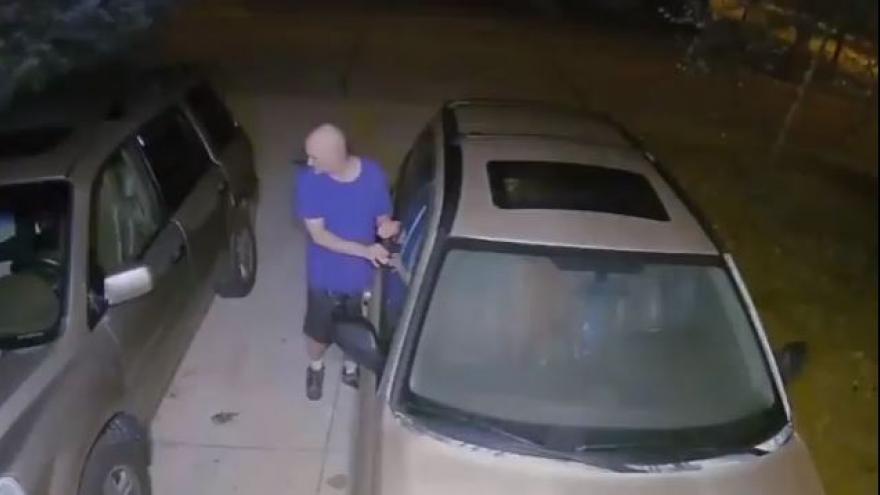 MILWAUKEE (CBS 58) -- Milwaukee Police are asking for the public to help them identify a suspect wanted in connection with an entry to a car and attempted theft in the 3500 block of S. Honey Creek Drive around 1:50 a.m. on September 20.

The suspect is seen on camera opening both passenger doors of a 2005 Chrysler Pacifica. The suspect did not steal anything and then fled from the scene.

The suspect is described as a white man, in his mid 30s, with a shaved head, and was last seen wearing a purple shirt, black shorts, and black and gray shoes.

Anyone with information is asked to call Milwaukee Police District Six at 414-935-7261.