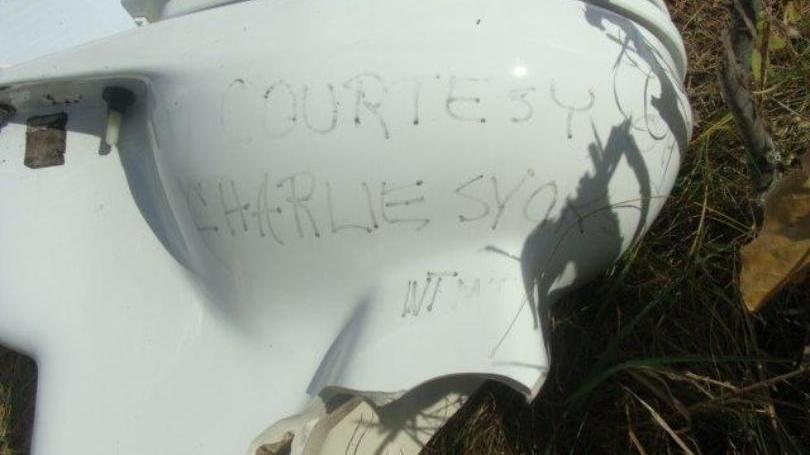 TOWN OF ROME, Wis. (WSAW) The Town of Rome Police are looking for the person who vandalized a Donald Trump sign and left a toilet in front of the sign.

Rome police responded to a report of vandalism on Oct. 16 at the 300 block of Highway 13, according to Police Chief Jason Lauby.

When the officer arrived, he found a Trump sign slashed with a knife and a toilet placed in front of the sign with a message on it.

Written in black marker on the toilet was "compliments of Charlie Sykes," a reference to a Milwaukee talk show host, said Lauby.

Inside the toilet was a note that read: "Dear deplorable human. I wish I could see the look on your stupid face on Nov. 9 when you find out that Trump is as big of as loser as you."

Lauby says there are no suspects, but if someone is caught, they'd face charges of littering and criminal damage to property.