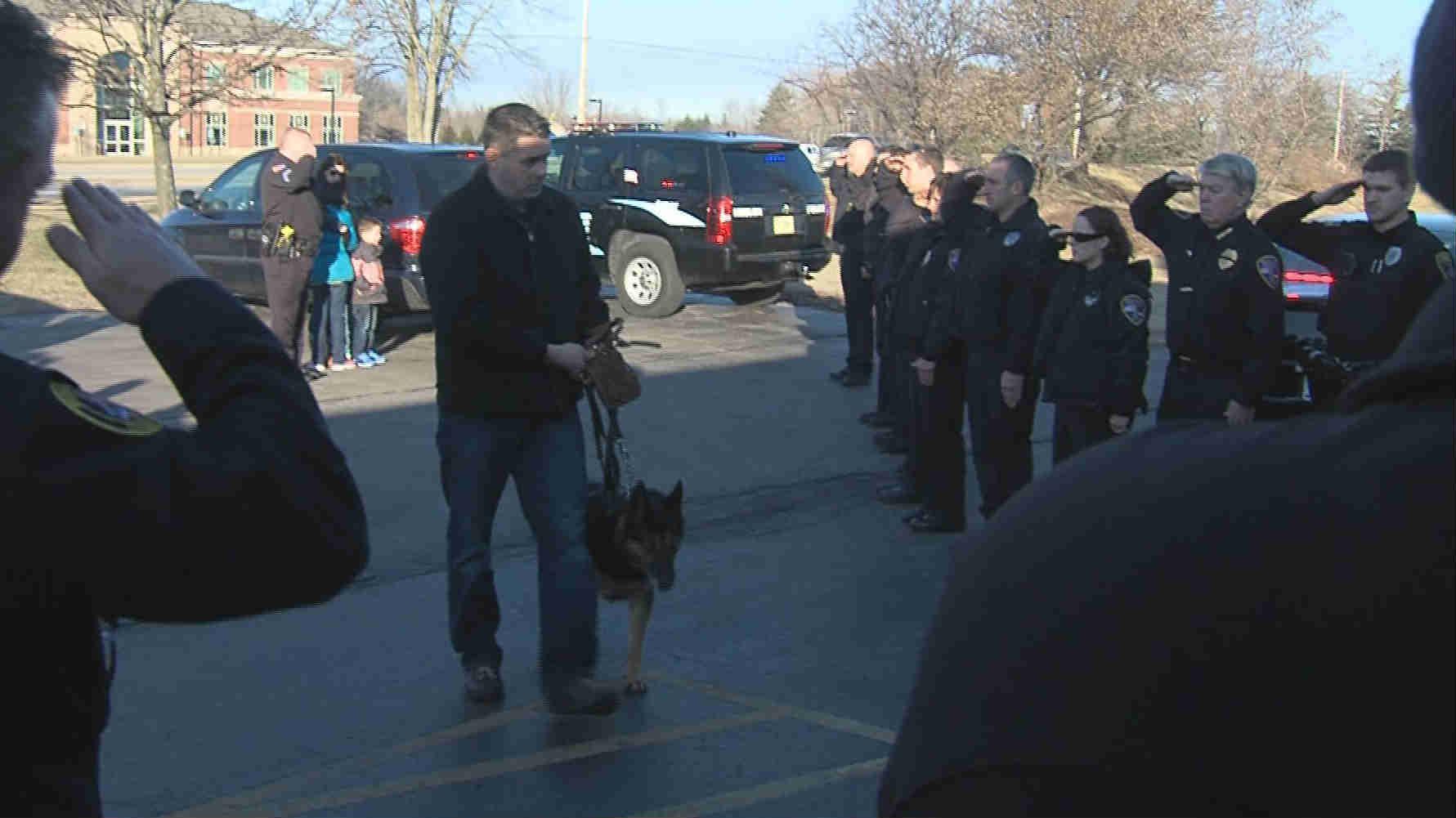 Several area police departments gathered Friday for a solemn farewell to a distinguished member of the Mequon Police Department as retired K-9 Officer Vero was put to sleep because of health problems.

Mequon Police Chief Steve Graff said Vero and his partner Officer John Hoell provided K-9 services from May 2007 to August 2014. Vero retired and lived with Hoell and his family until the recent decline in Vero's health.

\"He tracked suspects for miles one time, he found missing people, he searched buildings for us and found people hiding in places we never would have found,\" Graff said of Vero. \"He's really been a great asset to our department.\"

Fellow officers from area departments provided a lighted procession from Germantown to Mequon and gave a final hand salute to Vero as he was walked into the veterinarian office.

Concerned citizens and local firefighters also came out to salute Vero and offer his family hugs.

Many of the officers K-9 handlers themselves and say service dogs struggle in retirement, even when ill, like Vero.

\"They don't know any different once they get sick,\" explained Officer Joshua Morgan of the Brown Deer Police Department. \"They just keep going and going. But, at some point you've got to do the right thing for him and let him rest in peace.\"

Office Hoell's brother who is the Police Chief in Germantown organized a procession with dozens of emergency and law enforcement vehicles.

His fellow Chief in Mequon was clearly moved by the gesture.

\"In today's world with all the protests against police,\" said Chief Graff, \"this is a fitting tribute to a great K-9 team.\"