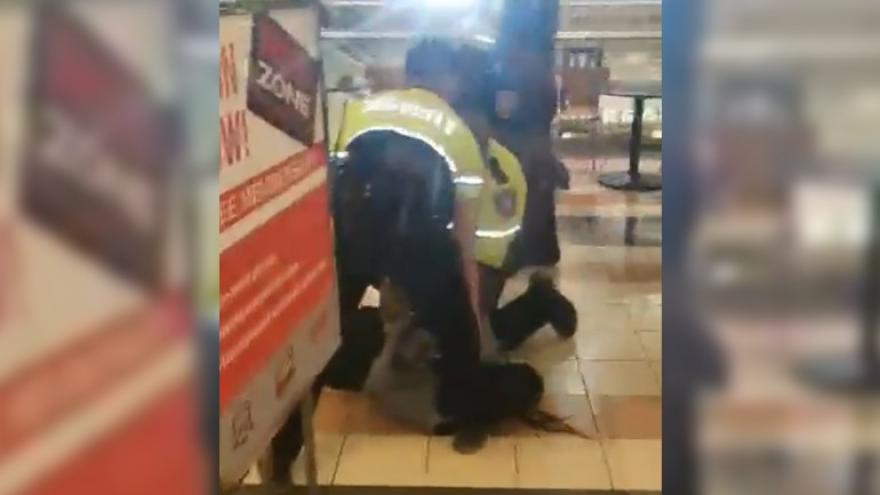 Three juveniles were arrested for disorderly conduct. Officials say they were detained, processed and released into the custody of their parents.

One person involved suffered shortness of breath. No other injuries were reported.

Police do not know the reason for the fight.