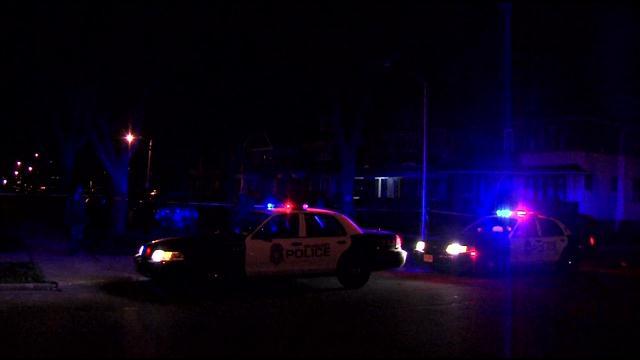 Milwaukee Police have arrested a 17-year-old teenager in connection with the shooting of a woman near 50th & Locust on Tuesday night. The woman remains hospitalized but is expected to be ok.

Officers spotted the teen, who was driving the woman's stolen SUV, early Wednesday morning in the 2300 block of N. 40th Street. He led the officers on a short pursuit, crashing the stolen car into a fence and running away before being caught several blocks away.

The teen tossed a handgun as he was running, which officers recovered. They believe it is the same gun used to commit Tuesday's robbery and shooting.

A teenage suspect believed responsible for shooting a 53-year-old woman during an April 21 robbery in the 2800 block of N. 50th Street was arrested late this morning after leading officers on a pursuit using the car stolen in the robbery. Milwaukee police says the teen's mother reported the gun stolen just hours before the robbery.

The teenager arrested has a lengthy criminal history, dating back to when he was just 11 years old.