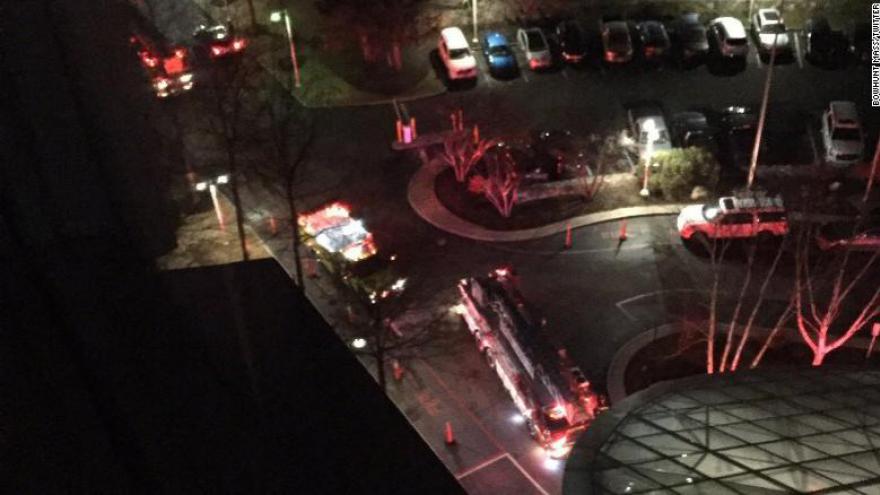 (CNN)An East Boston man charged with pulling a fire alarm at the Pittsburgh Steelers' hotel early in the morning of Sunday's AFC Championship game against the New England Patriots has admitted he was "drunk" and "stupid" at the time.

Massachusetts State Police arrested Dennis Harrison, 25, after responding to an alarm at the Logan Airport Hilton in Boston about 3:40 am.
According to the arrest report, Harrison stated "I'm drunk, I'm stupid, I'm a Pats fan." He also told investigators he was "dared" by friends to pull the fire alarm and that he accepted the dare.
The Steelers were staying at the hotel when they were woken up by the sound of the fire alarm and responding emergency vehicles.
According to  a press release by state police, "Harrison was not a guest at the hotel and had no legitimate reason to be on the hotel property."
Harrison appeared in court Monday morning after posting $100 bail following his arrest. During his arraignment Suffolk County Assistant District Attorney Michael Lafleur did not request any additional bail but did ask that Harrison stay away from the hotel.
Harrison was charged with disorderly conduct, disturbing the peace and setting off a false fire alarm.
The Steelers lost to the Patriots 36-17 in suburban Foxborough, Massachusetts. But one prominent Steeler isn't blaming #FireAlarmGate for the team's performance.
During a post-game press conference at Gillette Stadium, Steelers quarterback Ben Roethlisberger was asked if the incident had any effect on the team. He responded, "Nah."
Harrison is due back in court on February 13.
Share this article: