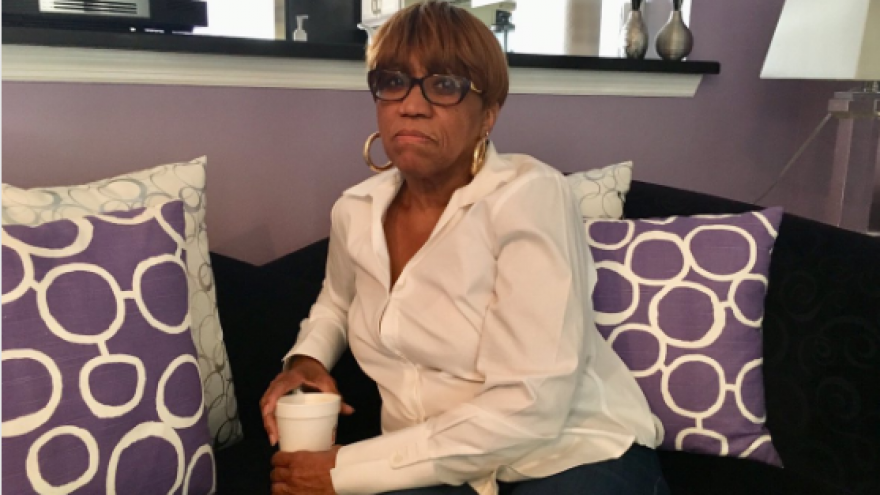 PHILADELPHIA (CBS) — She may be 70-years-old, but Saturday morning Maxine Thompson of the West Poplar section of Philadelphia proved she is one great grandma you don’t want to mess with.

Around 4:30 a.m. she heard someone, who turned out to be a 43-year-old man, breaking in her back window.

“Next thing I know I could tell he was inside my house and he was running up the steps,” says Maxine Thompson.

She realized this was a home invasion and she was prepared to fight back.

Don’t mess with this great grandma! When a would-be home invader broke into 70-year-old Maxine Thompson’s Philadelphia house this morning she grabbed her gun and he left bleeding pic.twitter.com/7KBSBk3MGQ

She’s got bullet holes and blood in her home –but her attacker made out worse.

The man suffered 1 graze wound to the upper left arm during the break-in.

After the shooting, the man ran a couple of blocks to Broad and Brown Streets to a car wash.

Scared and bleeding, the would-be burglar called 911 to report being shot.

Police arrested the man and took him to Hahnemann University Hospital where he’s in stable condition with a gunshot wound to his upper arm.

Maxine Thompson is said to be very shaken, but otherwise okay.

She is a mother of a police officer.

And to anyone that would ever think of breaking into a senior’s home, Maxine Thompson has a message.

“They better think twice… Especially if she a Thompson.”