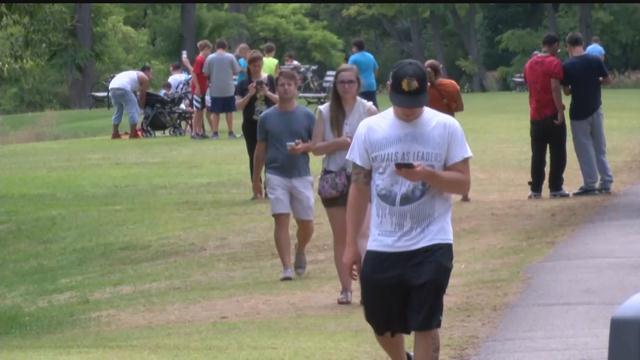 (CNNMoney) Pokemon Go has done what every fitness app dreams of -- motivate the most sedentary Americans to get off their couches.

A new study from Microsoft Research found that the most interested Pokemon Go players took 26% more steps than before using the app. The largest behavior changes were seen among sedentary users.

The Microsoft researchers see tremendous promise for games to improve public health, given the importance of reaching inactive Americans.

Pokemon Go took the United States by storm this summer as people tromped through parks and yards in search of Charizards and Bulbasaurs. While it was widely suspected that the game was making users more active, the Microsoft study offers hard proof.

No matter their gender, age, weight or lifestyle, Pokemon Go users began to move more -- taking an extra 194 steps a day once they started using the app. (That's the equivalent of walking roughly one tenth of a mile.)

The researchers estimate that Pokemon Go has added 144 billion steps to U.S. physical activity. That's 143 roundtrips to the moon. The study was published online this month in the Cornell Library University.

Since activity reduces mortality risks, the researchers estimated that Pokemon Go could add 2.83 million years to the life expectancy of an assumed 25 million U.S. users.

Based off research that showed walking reduces mortality, the researchers calculated that Pokemon Go users who continued to walk an extra 1,000 steps a day would enjoy 41.4 days of additional life expectancy.

The Microsoft (MSFT, Tech30) scientists examined data shared by 31,793 users of Microsoft Band, a wearable device, and Bing, the company's search engine. They compared the movement data from the wearables with users' web search queries. Pokemon Go players were identified by web searches that indicated they were playing the game.

The Microsoft team also looked at four of the most popular health apps on Apple (AAPL, Tech30)and Android devices. They found these apps had little impact on a person's behavior. The activity levels of Pokemon Go users changed far more.

The Microsoft team cautions that interest in Pokemon Go will need to remain high for the positive impacts to be long-lasting. Since surging in popularity this summer, interest has waned.