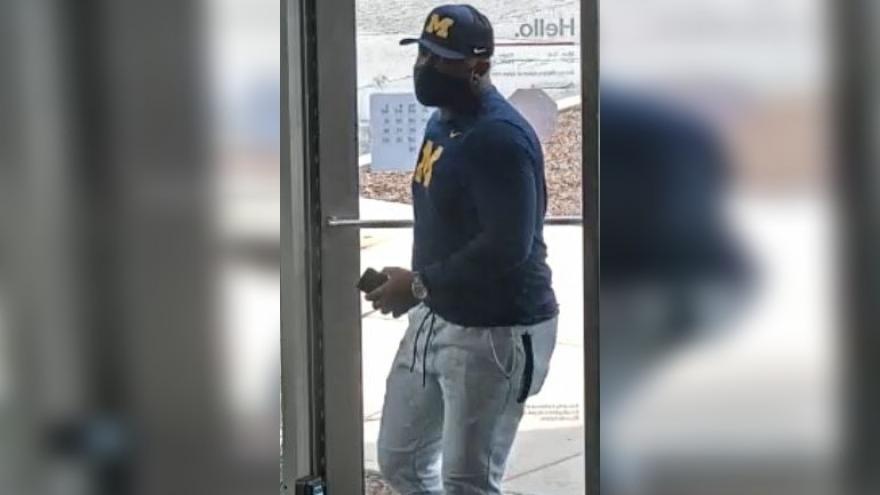 PLEASANT PRAIRIE, Wis. (CBS 58) -- Pleasant Prairie police are asking for the public's help to identify and locate a suspect wanted for a strong-arm robbery.

Pleasant Prairie police responded to an alarm at the Verizon Wireless store located near 9th Ave. and 76th St. around 3:37 p.m. on Thursday, Sept. 2.

Police say an employee activated a panic alarm in response to a strong-arm robbery. Officers searched the area, but were unable to find the suspect.

An employee told police the suspect asked about switching cell phone plans and expressed interest in activating three Apple iPhone devices. The employee obtained three phones and was forcibly pushed down by the suspect, who grabbed all three phones and fled the business, according to police.

Witnesses told police the suspect is an African American man in his mid-30s, around 6 feet tall, and was wearing gray pants, a blue hat, and a dark face mask. The blue shirt contained the letter "M" associated with the Michigan Wolverines football logo.