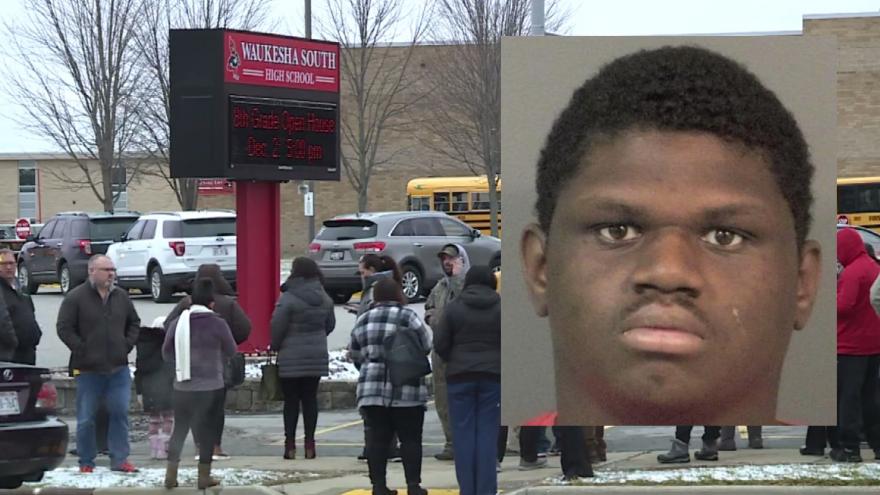 See Also Charges filed against student who pointed gun at officers inside Waukesha South HS
Tyrone Smith, who was 17 at the time of the incident, allegedly pointed the weapon at a student’s head and was shot after police said he ignored officers' commands. It was later determined the weapon was a pellet gun.

In court this week, Smith, who is now 19, plead no contest to possession of a dangerous weapon at school, the other three charges, second degree recklessly endangering safety, resisting or obstructing an officer and disorderly conduct, were dismissed but read in.

In January of 2020 the defense argued Smith was not competent to stand trial but the judge found he was competent to proceed to trial.

Police say on December 2, 2019, Smith, who turned 18 days after the incident, pointed the gun at a student’s head. The teacher in the classroom grabbed Smith and pulled him away saying you don’t need to do this. That allowed all the students in the room to get out safely.

When police arrived, Smith refused to drop the gun and was shot three times by an officer.

The student Smith allegedly threatened told police the two are friends, and Smith texted him the picture of those guns and that Smith brought guns to school several times. Smith denies ever bringing guns to school before and said he only brought them that day because he was tired of other kids picking on him and wanted to scare them.

Smith will be sentenced on April 29.