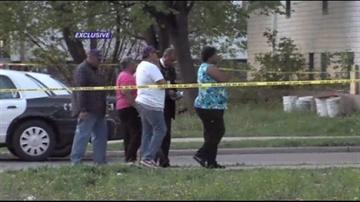 MILWAUKEE-When Police Chief Ed Flynn revealed that the 18 year old suspect arrested for a gun battle in a playground that wounded a ten year old girl had been through the juvenile court system multiple times, it lead to repeated questions form viewers as to why such a person was out on the streets.

\"By law a juvenile offense is not a criminal act,\" Flynn said. \"The law and we as a culture, as a society, has said children make mistakes. Now as a person goes through the system repeatedly those red flags get bigger. There's a need for more supervision and juvenile attention. But, if the system is too overburdened  with all the other cases it has to take care of someone like that could fall through the cracks.\"

Flynn then noted the high profile coverage the story has received raising red flags of his own.

\"There is a whiff of round of the usual suspects component to this case,\" Flynn began. \"There will be eyewitnesses. They will be brought to court to make sure they're accurate.\"

Here is the unedited portion of McCormack's interview.