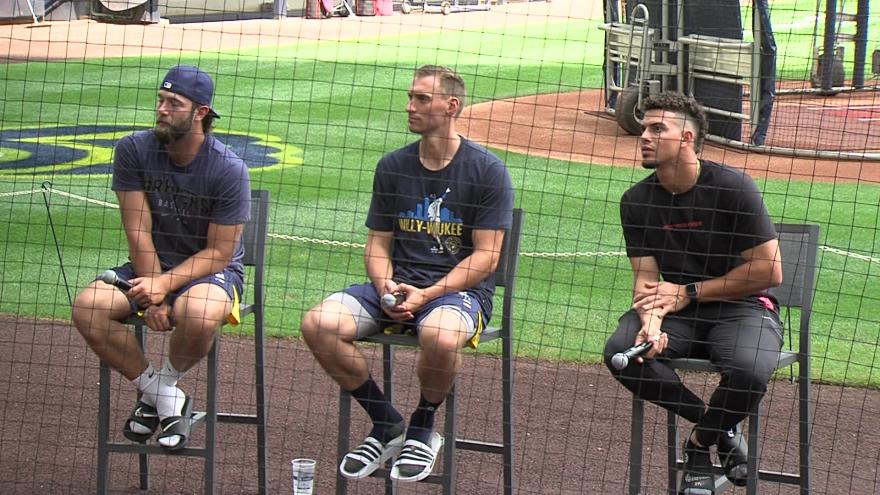 Hours before that game, some of the Brewers were dealing with an issue that's bigger than baseball.

"I'd say the Brewers are one of the top, if not the top, for environmental consciousness in the league."

Brent Suter, Willy Adames and Daniel Norris took part in a panel discussion on protecting the environment and what role sports teams can play.

It was moderated by a group called Players for the Planet.

Brent Suter talked about how individual players can be a force for greener practices in the dugout.

"It's one of those things, like if we can have like one of those 'annoying guys' on every team, and maybe it creates a couple other annoying guys and builds that momentum, you know, that's what we're trying to do."

Last year, the Brewers and SC Johnson teamed up on a project to recycle plastic drinking cups used during games.

They're also making donations to increase education about reducing plastic waste in the ocean.