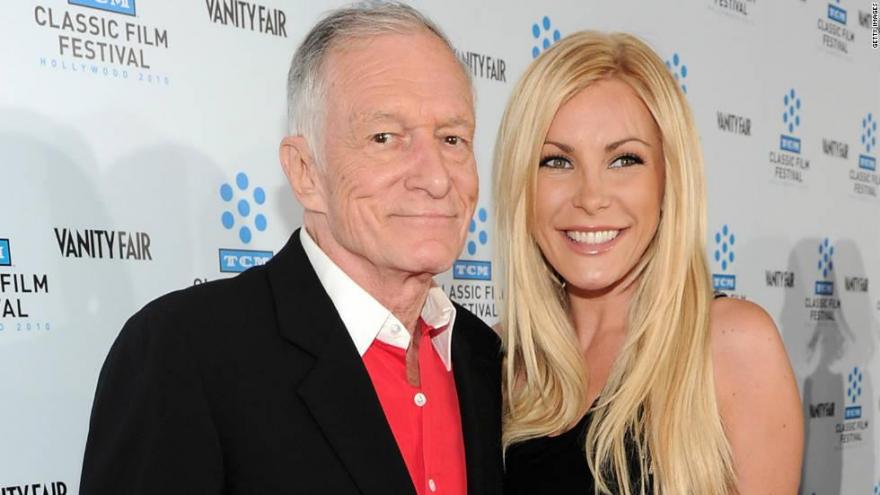 NEW YORK (CBS NEWS)- The tightly corseted Playboy Bunnies, with rabbit tails and ears, will soon be back in business in New York City.

Three decades after the original Playboy Club closed in Manhattan, an apparent victim of changing American tastes and views on women, a new one will debut later this year in a hotel a few blocks from Times Square.

The club on West 42nd Street “will be one of the most chic and sophisticated venues in the world,” promises Playboy Enterprises spokesman John Vlautin.

It will have a lounge, a restaurant, a game room and, of course, the Bunnies, though with updated outfits. Other Playboy clubs are already operating in London, the Vietnamese capital of Hanoi and several places in India. Another is set to open in the spring in Shanghai. New York’s club will be in the Cachet Boutique New York Hotel, replacing the gay-themed Out Hotel, which closed last year.

If the club opens as scheduled, it will be in a city that began the year with hundreds of thousands of women taking to the streets to protest the presidency of Donald Trump, in part because of remarks he made that were perceived as chauvinistic.

The timing may be off, said travel guidebook publisher Pauline Frommer.

“Retro is in, but I’m not sure this type of retro,” she says. “We live in this era when thousands of women are gathering in marches to protest. I’m not sure the zeitgeist is right for Playboy now.”

Industry observers said the key to success is how the brand will be presented to prospective guests. Will it be seen as a luxurious enclave, a nostalgic throwback, or a place where “75-year-old guys walk around in silk pajamas?” travel guru Peter Greenberg asked.

“As a concept, Playboy has the word anachronism written all over it -- outdated, irrelevant -- so I don’t know what the cachet is today,” Greenberg said.

Playboy founder Hugh Hefner opened the first club in Chicago in 1960. He quickly expanded the operation to 30 clubs around the world.

A chance to leer at the Bunnies wasn’t the only attraction. The clubs also featured top musicians and other entertainers. New York’s version opened on East 59th Street between Fifth and Madison avenues in 1962.

The next year, feminist Gloria Steinem worked as an undercover Bunny and wrote an expose for Show Magazine entitled “A Bunny’s Tale.”

Among her revelations: The pay was lousy, the male customers propositioned the female staff and she was forced to get a gynecological exam and take a test for venereal disease before she was hired.

An acting student who lived on her minimum-wage pay, plus generous tips, Scott was 19 when she got the job.

“Yes, it was chauvinistic by today’s standards, but back then, one felt protected and there were stringent rules we used to laugh about. It was more paternalistic than chauvinistic,” said Scott, now a Beverly Hills resident and actor who starred in the cult television classic “Dark Shadows.”

She said she was never asked to undergo a gynecological exam and was “treated extremely well.”

“It was an opportunity, and it was fun. You put your school clothes in a locker and put on a satin costume,” she said.

Scott, 74, is the author of a history of the Playboy club titled “The Bunny Years,” for which she interviewed 300 former Bunnies.

The original clubs remained popular and lucrative for years before faltering in the 1980s. “Bunnies Go From Risque to Passe,” read a Los Angeles Times headline in 1986, the year the club there closed as did the New York one. The original clubs were all defunct by 1991.

Some industry experts said there may also be marketing appeal left among millennials and fans of “Mad Men,” a TV show set in the New York where the Playboy Club thrived.

“I spend my days with millennials,” said Bjorn Hanson, professor of hospitality and tourism management at New York University. “I’d say there will be a large segment of millennials who will be curious enough to try to experience this as lifestyle, not as the Bunny costume -- and they won’t need to apologize to friends and family for going.”

The luxury hotel housing the New York club will have 107 rooms. The project is a partnership between Playboy Enterprises, Merchants Hospitality and Cachet Hospitality Group. The club is expected to open later this year, the companies said.

“The only way you could actually do this is, don’t call it a new club; call it a museum and display the artifacts and Bunny outfits!” said Greenberg. “There’s only one option: If they do it with a wink, a nod and a joke, and you go there to laugh.”