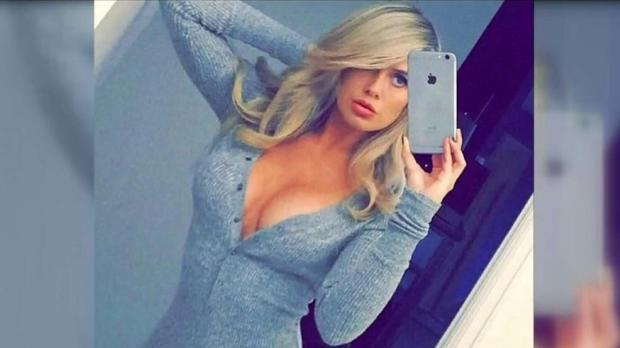 (CBSNews) LOS ANGELES -- Playboy model Katie May died as a result of an injury caused by a chiropractor who manipulated her neck, CBS Los Angeles reports.

Just days before the 34-year-old died in early February, she posted on Twitter that she had a pinched nerve in her neck and was going to see a chiropractor.

Los Angeles Assistant Chief Coroner Ed Winter cited “neck manipulation by chiropractor” as the cause of May’s injury that led to a certain type of deadly stroke.

May’s sister, Jenny McKerrow, said, “I would have never in a million years have thought that I would lose my baby sister to something like this. You have a vibrant, healthy, single mom, who was at the brink of stardom, who lost her life. It’s heartbreaking.”

McKerrow said her family is angry and hopes talking publicly about it will prevent someone else from having the same fate.

He said complications from getting adjusted by a chiropractor are extremely rare and wondered if May had other underlying conditions.

“There’s more deaths to opioid medications than there are to chiropractic manipulations,” he said.

The Mayo Clinic calls chiropractic adjustments safe but says there are possible serious yet rare complications such as a herniated disk, compression of nerves in the lower spinal column and a certain type of stroke after neck manipulation.

Its website advises against getting adjustments if you have severe osteoporosis, numbness and tingling, cancer in the spine and increased risks of stroke or excessive motion in the spine.