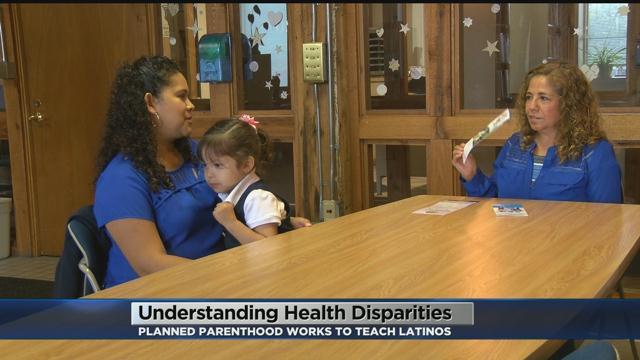 During Hispanic Heritage Month, Planned Parenthood of Wisconsin wants to bring attention to health disparities among the Latino community.

One of the programs they are promoting targets Latinos and their health. It's called Cuidandonos Creceremos mas Sanos, which in English translates as We'll Grow Healthier by Taking Care of Ourselves..

They do this throughout the state and it's a sexual and reproductive health program, which is a topic that's often times considered taboo in Hispanic families.

"We, not because it's our fault, we grew up not knowing how to have these very important discussions   that are a must so CCMAS, Cuidandonos Creceremos Mas Sanos teaches families, entire families how to normalize the conversation, how to build trust, and how to communicate."

This program is offered in local schools and in people's homes. Planned Parenthood sees anyone, regardless if they have insurance or not.