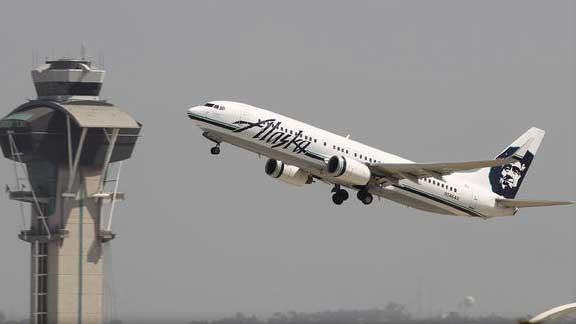 SEATTLE (CBS NEWS)-- An Alaska Airlines flight from New York to Seattle made an emergency landing in Minneapolis on Monday after a passenger tried to open a rear-door mid-flight, CBS affiliate KIRO reported.

The Boeing 737 was on its way from New York’s JFK Airport to Seattle, Washington.

“We did receive reports that this passenger attempted to access a door at the rear of the aircraft. The passenger was unsuccessful as it is physically impossible to open an aircraft door while the aircraft is pressurized and inflight,” Alaska Airlines spokesperson Halley Knigge said.

The flight continued on shortly after police escorted the disruptive passenger off the flight.

Minneapolis-St. Paul International Airport Police told KIRO that officers questioned the unruly passenger and determined he presented a danger to himself.

The passenger was taken to a local hospital.

An airport spokeswoman said the suspects name is not being released at this time.