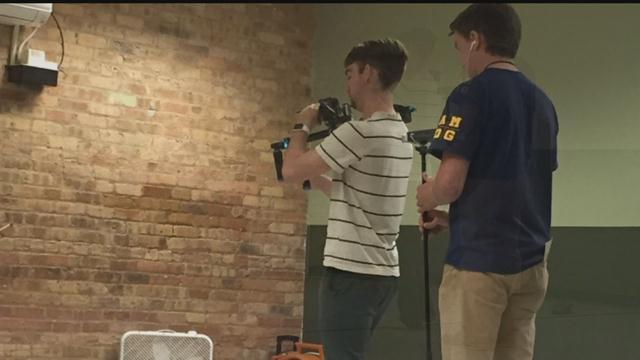 "Around the World in Milwaukee" is a film by Pius XI Catholic High School Student Ian Backstrom.

He's already been doing promotional films for the school and runs his own film and editing company.

Arguably this is his biggest project.

Ian was chosen by the Nicholas Sparks Foundation through  the Global Youth Leadership Institute which was looking for a way to show the idea that you can travel around the world within your own city.

Sparks is the author of the major motion picture "The Notebook."

The film seeks to show the various ethnic and cultural backgrounds.

"Everybody really has a story," Backstrom told CBS 58 News. "Film shows that story. Immersing yourself in somebody's story is excellent, awesome."

Matt Nink  is on the board of Pius and the Executive Director of the Global Youth Leadership Institute.

"We do a lot of presenting on global education," explained Nink. "The next generation of what school should look like."

Nink knew he wanted a school leader and saw firsthand that Ian was an excellent choice.

Nink and Backstrom  were featured in "Our Stories with Michele"  Tuesday for a live interview during the CBS 58 News at 4:30 p.m.

"Around the World in Milwaukee" will be shown  December 2nd at  6 p.m. at Pius XI Catholic High School.

Admission and parking are free.

There will be refreshments and a chance to meet the young students featured in the film and talk with the young director.