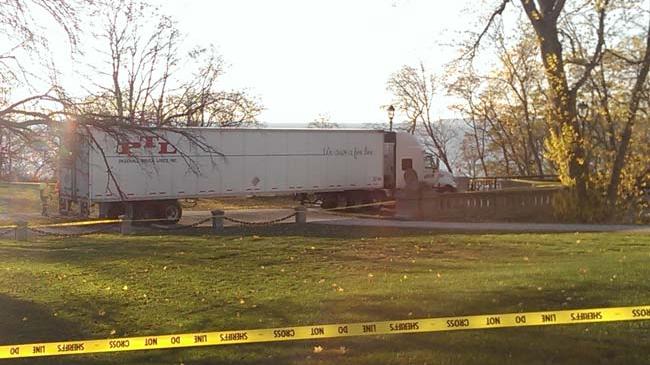 The crash happened shortly after 7 p.m. when the 50-year-old driver was apparently following his GPS and took a wrong turn. The truck ended up near the North Point Lighthouse, stuck on a historic bridge more than 100 years old.