Photo of Starr, Favre and Rodgers raises over $250,000 in first year 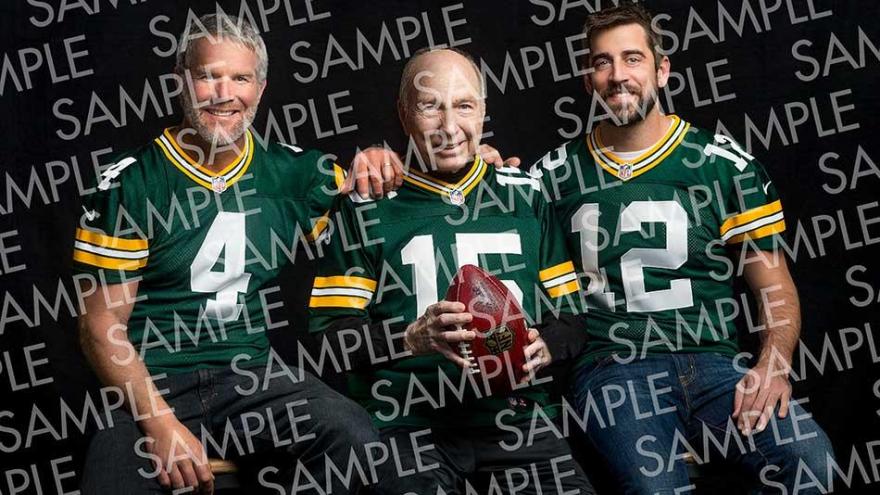 Starr, Favre and Rodgers have each received $84,433 for their chosen charities: the Bart and Cherry Starr Foundation, the University of Southern Mississippi Athletic Foundation and the MACC Fund, respectively.

The unique collector’s photo, titled “Legendary Quarterbacks,” features the three quarterbacks photographed together for the first time, as captured on November 26, 2015.

The framed and matted photographs are still available in several different sizes, and prices ranging from $99.95 to $399.95, with 100 percent of the profits benefitting the charities chosen by Starr, Favre and Rodgers.

Each photograph is carefully mounted and double matted under protective Plexiglas, with several different frame choices and sizes available. Officially licensed by the Green Bay Packers and the NFL, each frame is accompanied by a numbered certificate attached to each frame, as well as an individually numbered 8”x11” Letter of Authenticity.

Fans interested in purchasing the photo may find more information and order the photo online at http://pckrs.com/qbphoto. Orders placed through the website should allow up to four weeks for delivery.