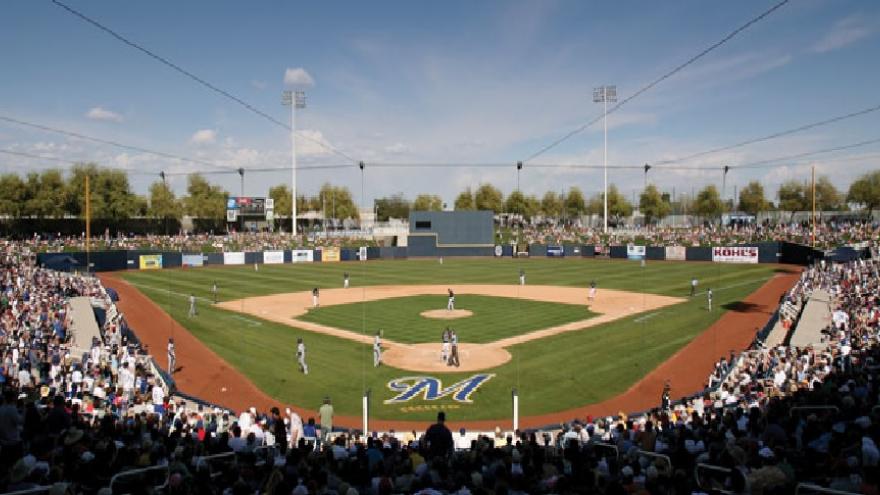 MILWAUKEE (CBS 58) – The Phoenix City Council voted in favor of a plan to renovate The Brewers Maryvale Baseball Park, which has served as their Spring Training home since 1998. The plan keeps the Club in Maryvale through at least the year 2042, the second-longest commitment in the Cactus League.

Construction is scheduled to begin in late March 2018 and be substantially completed by the start of 2019 Spring Training.

“The Milwaukee Brewers are excited to partner with the city of Phoenix and community of Maryvale in providing our fans a world-class facility in Arizona,” said Executive Vice President - Finance & Administration Bob Quinn. “We thank all of the stakeholders and supporters of this initiative, including the city of Phoenix, civic and community leaders and private sector partners for their efforts in bringing this plan to fruition.”

The improvements to the facility that will be made by the Brewers include a 65,000 square-foot clubhouse and office building, a wider first base concourse, new concessions and restrooms, a new kids play area, a new retail and ticketing building, and enhanced parking. A new practice field that mimics the dimensions of Miller Park will also be produced.

The Brewers will invest between $41 to $63 million for the project and assume operation and maintenance of the facility. The city of Phoenix will contribute $2 million a year for the next five years ($10 million total) for renovations. This marks the first significant renovation of a Cactus League facility primarily paid for by a team. The Club will have the option to acquire the property at an appraised value at the end of the 25-year term.

Maryvale Baseball Park opened in 1998. The facility is built on 60 acres of land.