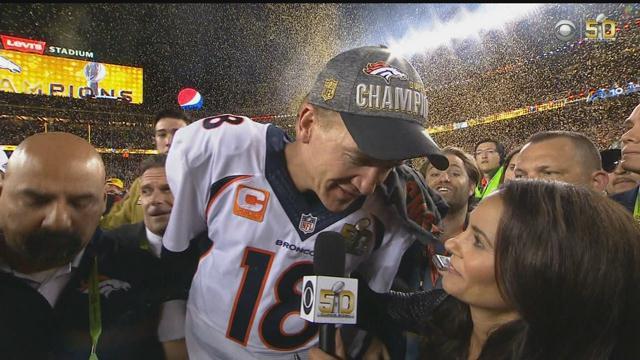 After Sunday night's Super Bowl win, Peyton Manning did not declare whether or not he would officially retire after the stunning end to the season. Manning didn't have a great game, with Denver's defense being credited with the win, but he did enough to out pace the Panthers Cam Newton and win another Super Bowl.

After the game Peyton said he was going to think about it, pray and drink lots of beer before he makes any decision.

In his post game press conference Manning said he had talked to his former coach and now Hall of Famer, Tony Dungy, who told him to not let the emotion of the day cause him to make any decisions.

Before and after the game CBS 58 talked to Broncos fans outside of Super Bowl 50 who all said this will be his last season.