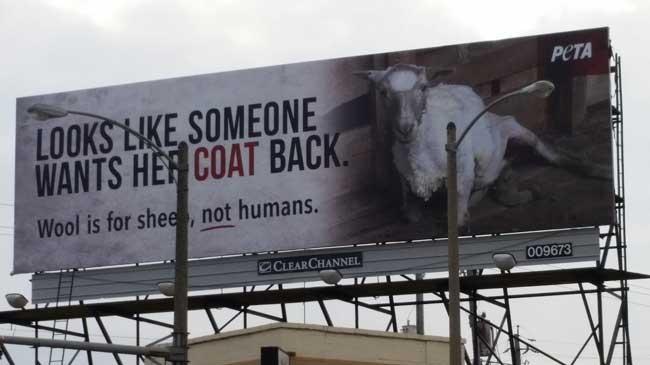 PETA has placed a anti-wool billboard at the intersection of South 13th Street and West Oklahoma Avenue.

Using a photograph from a PETA exposé of the wool industry, the billboard shows an abandoned shorn sheep, who has collapsed on the floor with a broken leg, next to the words "Looks Like Someone Wants Her Coat Back."

"Every single PETA exposé of the wool industry has revealed cruelty to sheep, who are left with bloody wounds and broken limbs for wool sweaters and scarves," says PETA Executive Vice President Tracy Reiman. "This holiday season, PETA is calling on caring people to remember the gentle sheep who are beaten and killed and choose wool-free, vegan apparel."