Pet Insurance: Is it worth it? 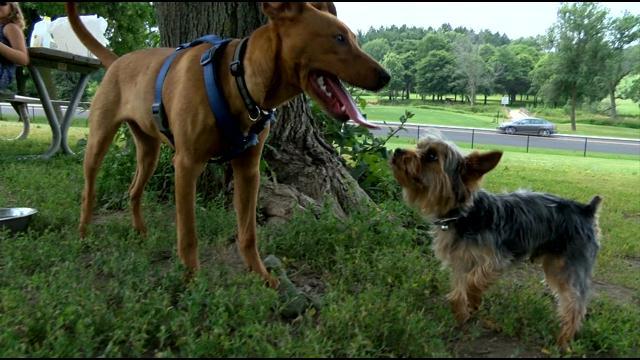 According to industry figures, more than 12 billion dollars will be spent on veterinary care this year, money likely coming right out of the pockets of pet owners. So is pet insurance really a good idea?

Most pet owners we spoke with say, they don't have it but think its a good idea. But when you break down the numbers, is it really worth it?

Dr. Marla Lichtenberger has been treating the emergency needs of pets for years and says more than ever  people are choosing to treat serious illnesses in their pets.

\"The pet is very important to the family now too, so they will do a lot more things than they did back in the days,\"she said.

\"Given this is my first dog that I've ever had in my life I would probably do anything possible to extend his life,\" said dog owner Jennifer Aldrich.

Premiums for dogs and cats range from about 15 to 100 dollars per month based on coverage..and Lichtenberger says paying that premium  makes sense in an emergency.
\"If the animal is really injured or has a severe fracture you could be looking at three to five thousand dollars for that pet,\" she said.

But what about preventative care? We found many insurance companies do not offer coverage for general wellness. And when we broke down the coverage of one of the most popular pet  insurance companies, a local vet told us the 75 dollar allowance for yearly vaccines will only cover about half the cost and the 75 dollars for heart worm prevention will only buy you about three months.

The plan costs up to $22 a month, with a 500 dollar maximum benefit, so while you might have to pay out of pocket for some expenses, you could still come out on top.

Still, Lichtenberger says the coverage is always worth it for the \"what-ifs.\"

\"You never know when your dearly beloved pet is hurt and you're faced with a two to three thousand dollar bill and where are you going to get it from,\" she said.

Here's a comprehensive list of other pet insurance companies: http://bit.ly/1HG2kD0