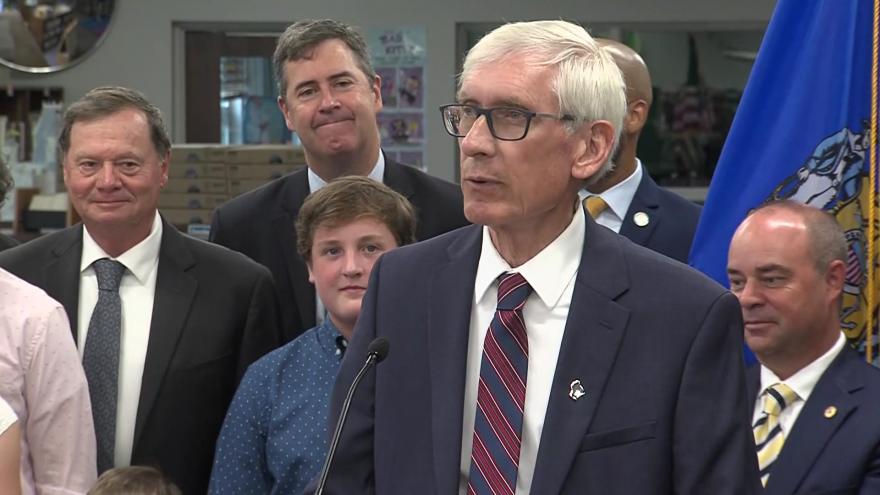 In an email to notify event attendees, the governor's office said it learned on July 12 a person from Cumberland Elementary in Whitefish Bay had since reported testing positive for the virus.

The budget signing event was held indoors at the school's library. Prior to the event, staff told attendees CDC and local public health guidance should be followed.

Present in the room were other elected officials, their staff, Cumberland Elementary faculty and members of the press.

A spokesperson for the governor's office said Evers, who is fully vaccinated, is not showing any symptoms.

Gov. Evers will move forward with attending scheduled meetings and events, in accordance with health guidance for those who have been vaccinated and also exposed to someone with the virus, his office said.

The office had not received any more notifications of anyone else who had since tested positive for the virus or experienced symptoms.