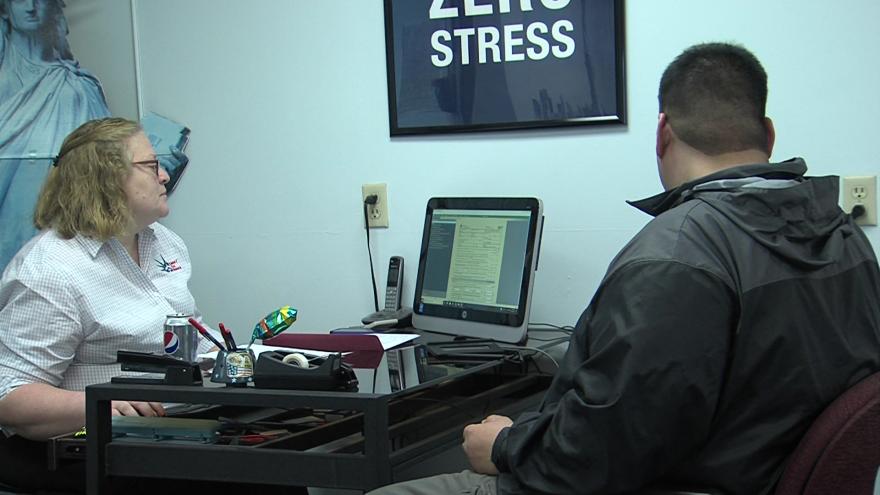 WEST ALLIS (CBS 58) -- Taxes are due April 15, which means many tax preparation companies left their doors open this weekend for last minute filers.

The IRS estimates there are still about 50 million people that need to file their taxes.

“Oh I'm definitely stressed,” said Timothy Lewandowski, who has not filed his taxes yet.

Lewandowski is one of the many people spending Sunday at Liberty Tax Services.

“We opened at 10, so at 9:40 we had our first customer,” said Jeanne Simmons, who along with her husband and daughter owns Liberty Tax Services.

Simmons says tax season got off to a slow start this year.

“We're typically very busy about mid-January, but because of the government shutdown, people thought that was the IRS and it wasn't,” Simmons said.

According to the IRS, so far it's issued 78 million refunds, totaling nearly $221 billion. The average refund is about $2800.

The IRS also expects about 14.6 million extension requests, which can be filed through Monday and will give you until October 15.

“Extension is for if you don’t have all your paperwork,” Simmons said. “Maybe something came up and you just weren’t able to get them done by tomorrow at midnight.”

Simmons adds you cannot file an extension simply because you can’t afford to pay what you owe.

You can also file taxes back as far as three years.

Simmons says she knows it can be a stressful time, but says it helps to be organized.

“As soon as you get your pay stubs coming in, you wanna put those in one folder,” Simmons said. “You wanna keep any expenses if you have a rental property, all those things.”

Even if you will owe money and can't pay what you owe, Simmons says still file, then call the IRS to get on a payment plan.

If you have questions about taxes there are free services. For those making less than $58,000, the Social Development Commission will help you for free.

If you have deadline questions or need to file an extension, click here.