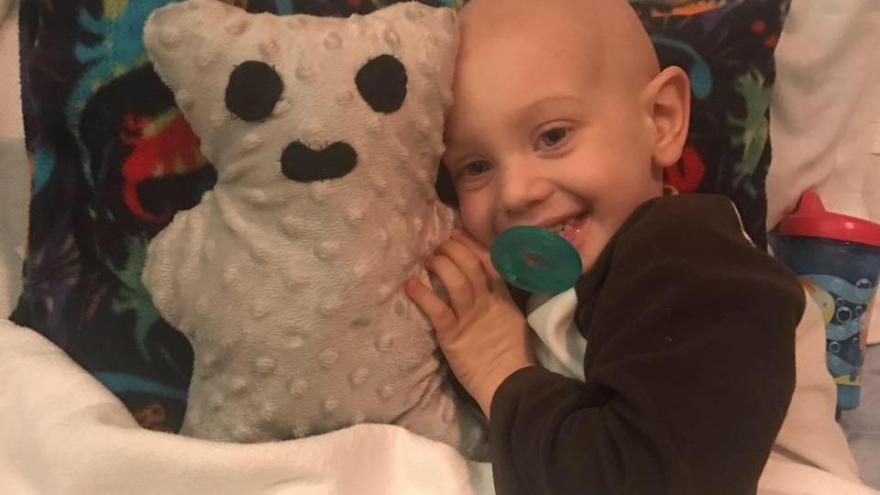 SHEBOYGAN (CBS 58) - A young Sheboygan boy’s battle with cancer continues to inspire people around the world.

For proof, look no further than Adam Brey’s Facebook page.

The page is frequently updated. Giving well-wishers a glimpse at the two-year-old’s medical journey since he was diagnosed with Acute myeloid leukemia in February.

One post reads, in part, “Day #83 Our Superman hasn't spiked any other fevers since last night. He is doing so good. Greg and I often just sit back and watch him in amazement.”

Visitors to the Facebook page are greeted with the message “Stronger than Superman.” It’s the perfect title for a young boy who smiles, dances and laughs through chemotherapy and IV treatment.

Adam is not alone in his fight. CBS 58 went to the Sheboygan Pizza Ranch Friday, where the Brey family set a fundraising record. The money will go towards the family’s expenses.

It’s at the pizza ranch CBS 58 was introduced to “Adam’s Army.” Family friends and strangers are encouraged to participate. All they have to do it take a picture, wherever they are, and include the words \"Adam's Army\" in the photo.

Adam's grandmother, Laurie Hartmann, tells CBS 58 they attach the photos to a map, which was originally hung in Adam's hospital room. But soon the project grew too big and they had to move it.

When CBS 58 spoke to the family, they were only missing a photo from one state: New Hampshire.

You can upload a picture to the Stronger Than Superman Facebook page or donate to Adam's medical fund on GoFundMe.com.