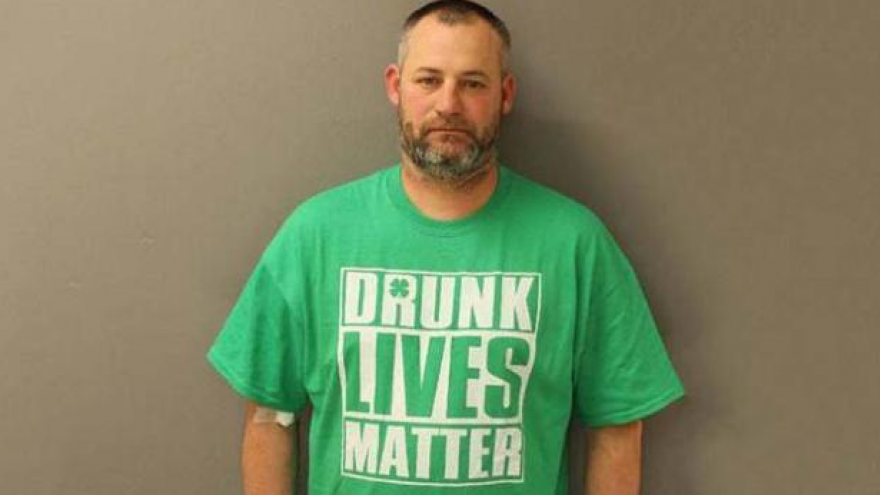 Police say 44-year-old Elwood Gutshall III’s blood-alcohol content was .217, which is about two and a half times the state’s legal limit for drivers when he was pulled over early on March 19 in Newville.

He was wearing a green St. Patrick’s Day shirt with the saying on it.

Online court records don’t list an attorney for Gutshall, who faces a preliminary hearing May 26.

He is facing a list of charges including DUI Highest Rate, driving under DUI suspension, and traffic violations.

Nobody answered the phone at his home Wednesday.