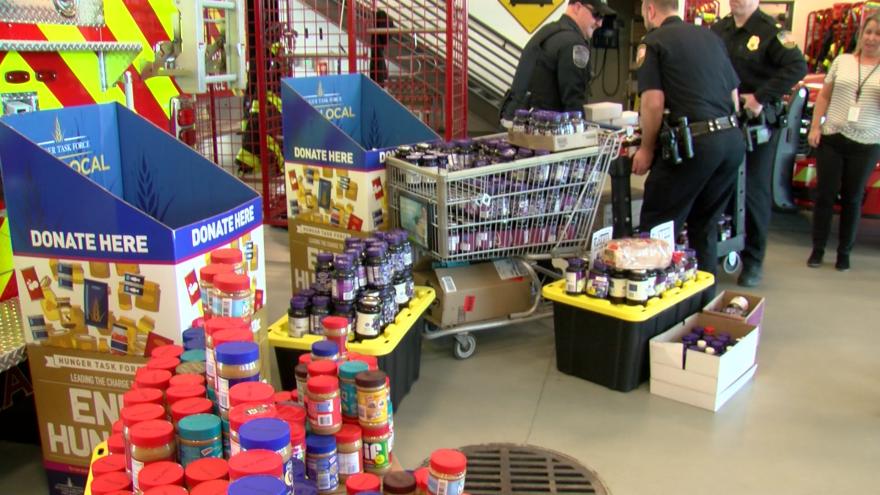 MILWAUKEE (CBS 58) -- Every year, Milwaukee-area fire departments collect as much peanut butter as they can to donate to the Hunger Task Force. Now, a local police department is getting in on the action by collecting jelly.

Despite the current state of affairs, they've received tons of donations, including many from out of state.

"It's pretty incredible. I think the human spirit and the will to help people still exists, especially in a time right now where things are going on in the nation. We're a little uncertain of... I think a real feel-good story everyone wants to get on board with," said Det. Holly McManus, St. Francis Police Department.

So who won? The St. Francis Police Department, with the help of Secondhand Purrs Cat Shelter, donated 1,542 pounds of jelly.

All the food is going to local families.