Peak fall color is common in Wisconsin during the months of September and October but the leaves are changing a little later this year. The warm September and late first freeze in northern Wisconsin is to blame for the late start in the changing color, but it's catching up fast. On average, northern Wisconsin will see peak color during the end of September with central Wisconsin seeing it around the 1st of October and leaves not changing in the southern part of the state until the middle to the end of October. 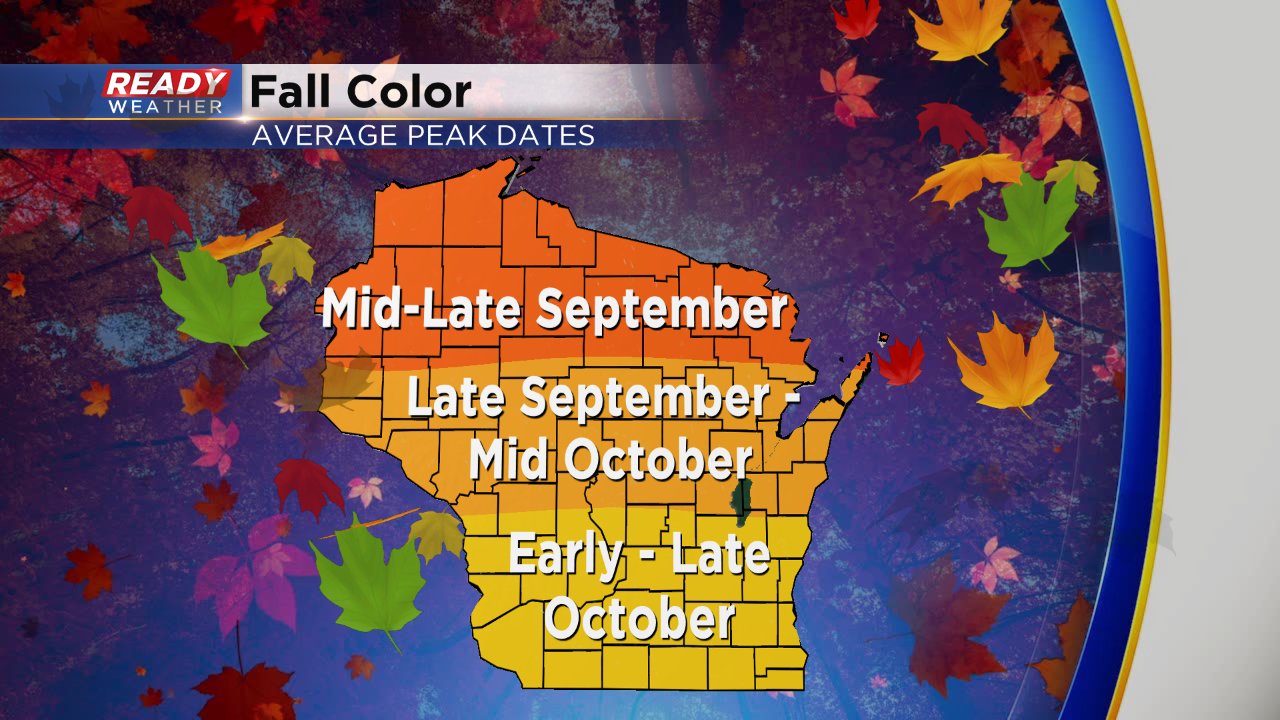 Leaves are just now hitting peak in the northern part of the state but peak color typically doesn't last long. Some counties in northern Wisconsin are already seeing past peak color pop up. Leaves are changing quickly too in southern Wisconsin with most of the area seeing 25-50% of peak color. Expect peak conditions during the last week of October. 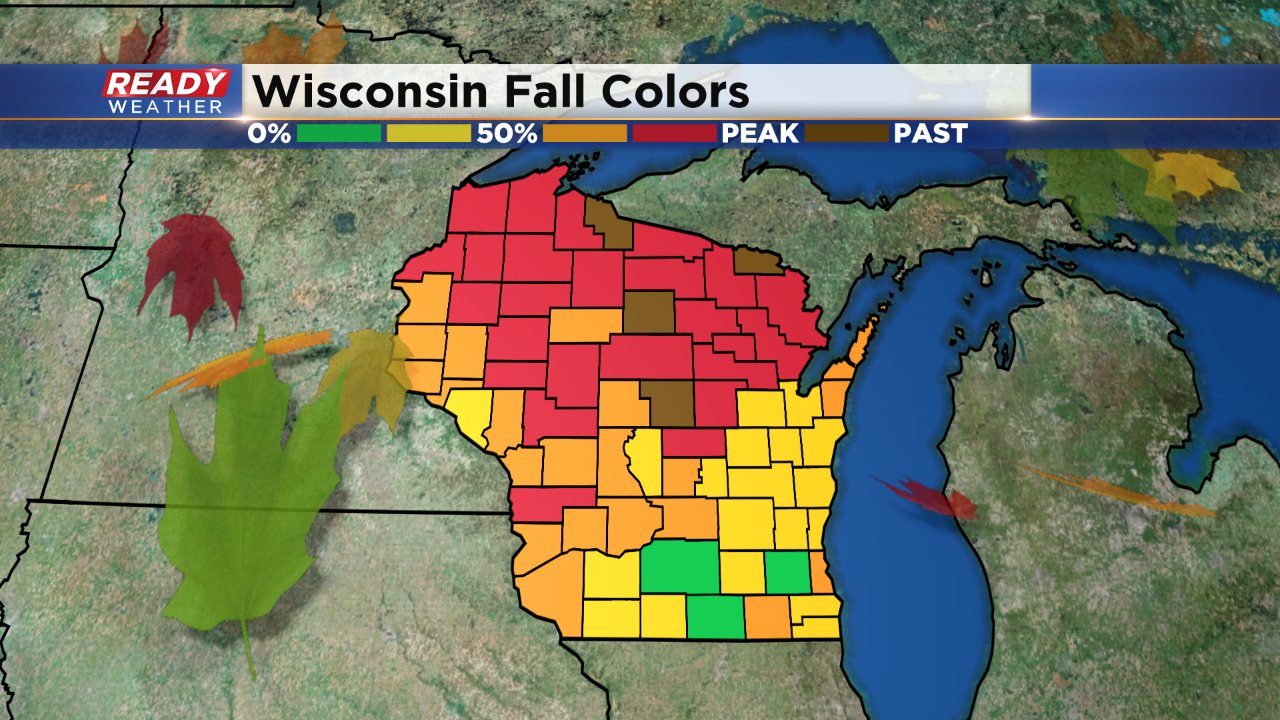 The cool nights and warm days typically help the changing color to become brighter and we have plenty of both over the next week. Download the CBS 58 Ready Weather app to see the changing temps in the 10-day forecast.