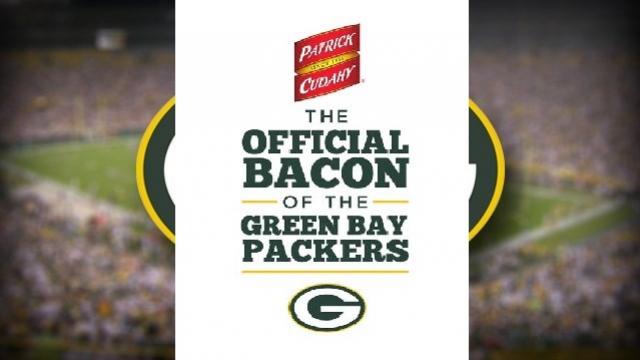 A new Patrick Cudahy concession stand is in the works at Lambeau Field, where delicious new recipes featuring sweet apple-wood smoked bacon are being created for football fans. The agreement marks the first NFL partnership for Patrick Cudahy and the first time the Packers will have an official bacon. Much like the Green Bay Packers, Patrick Cudahy has a rich history in the state of Wisconsin.

“Patrick Cudahy and Wisconsin are inseparable, and we are honored to partner with the Green Bay Packers,” said Bud Matthews, Senior Vice President of Patrick Cudahy. “We are looking forward to bringing Packer fans one-of-a-kind flavors that they’ll remember and love.”

Patrick Cudahy continues to stay true to its original roots, honoring the small town values found throughout Wisconsin with quality and excellent taste families can count on. The unmistakable flavor and community roots align perfectly with the Green Bay Packers tradition.

“The Packers are very pleased to welcome Patrick Cudahy to Lambeau Field and provide unique offerings for our fans,” said Chad Watson, the Packers’ director of sales and business development. “We’re excited to team up with another company that calls Wisconsin home and offers such an outstanding product.”

The new Patrick Cudahy concession stand will be serving up sizzling new bacon recipes for Patrick Cudahy, featuring a variety of all natural, sweet apple-wood smoked bacon products. The flavors and aroma will be unveiled at Lambeau Field’s new Patrick Cudahy concession stand, “Pack House”, which will be open on gamedays during the 2016 season. The new menu will feature bacon-centric creations like “The Pigskin,” a baked potato wrapped in bacon and covered in chili, cheddar cheese, sour cream and chives.