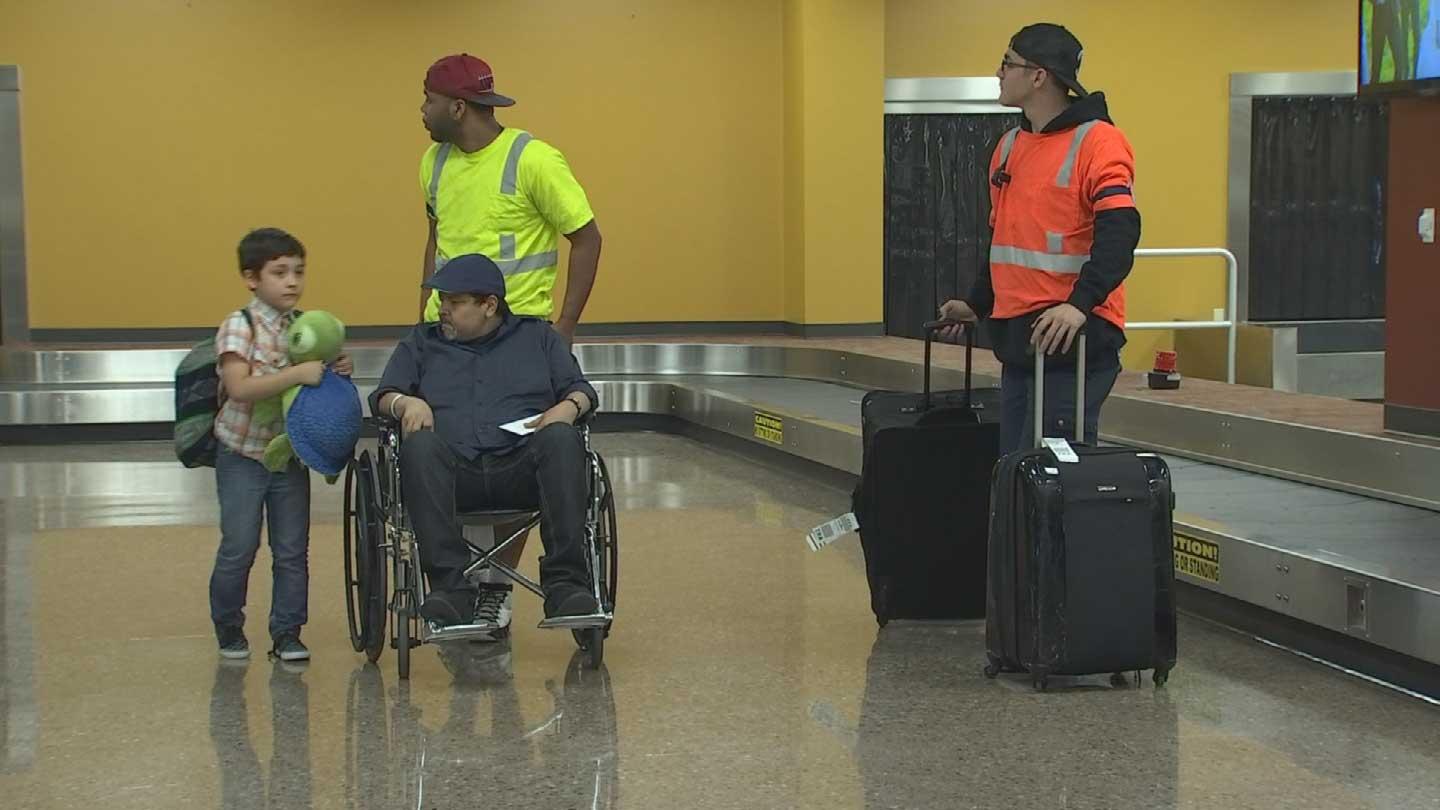 PHOENIX (KPHO/KTVK) -A little boy's allergy to dogs forced his family including his terminally ill father off a flight, and passengers applauded, according to CBS Arizona.

The family was traveling home to Phoenix-Mesa Gateway Airport.

Christina Fabian-Roman said it all started Monday. She and her husband and 7-year-old son had gone to visit family in Washington state as her husband battles terminal cancer. They were on an Allegiant Airlines flight back to Arizona.

There was a dog on this flight and their son started having an allergic reaction. He said he was scratching from head to toe.

The family asked to have their seats moved, but then the son started having an allergic reaction. The flight was already delayed and medical services decided the family should take another flight.

That is when something really strange happened.

Some people on the plane started clapping as the family was escorted off the plane. Fabian-Roman said a flight attendant said a couple of things that seemed to help agitate the crowd.

She said her son looked at her with tears in his eyes and apologized for getting his family bumped off the plane.

The child's mother went to Facebook to say her son told her, "They shouldn't do that because they never know who already has sadness in their hearts."

Fabian-Roman said she isn't angry with Allegiant and doesn't want anything from the airline.

Allegiant has apologized to the family and said the complaint would be sent to the proper channels.