Passenger Dragged Off Flight Agrees To Settlement With United Airlines 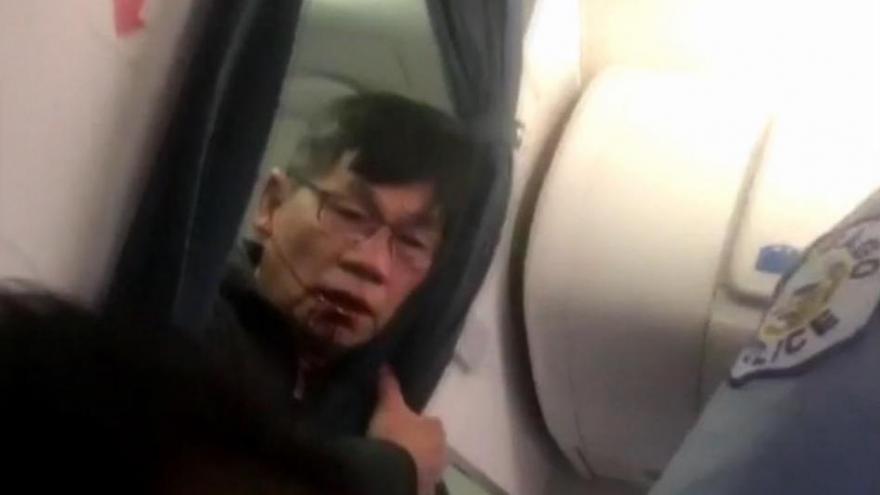 CHICAGO (CBS)— Dr. David Dao, the Kentucky doctor who was dragged off a plane at O’Hare International Airport earlier this month, has reached a confidential settlement with United Airlines.

Dao’s attorneys announced the settlement Thursday afternoon, but terms were not disclosed. Dao suffered a concussion, and a broken nose; and lost two teeth when Chicago Department of Aviation security officers yanked him out of his seat and dragged him down the aisle after the airline requested help removing him from the plane.

Although attorney Thomas Demetrio had said Dao “probably” would file a lawsuit over the incident, the settlement with United came before any lawsuit was filed. Thus far, the only court action taken in the case was a request by Dao to preserve evidence from the incident.

Last week, United and the city of Chicago agreed to preserve all evidence, including video recordings, documents and materials, according to the agreement filed Monday in Cook County Circuit Court.

“Mr. Munoz said he was going to do the right thing, and he has. In addition, United has taken full responsibility for what happened on Flight 3411, without attempting to blame others, including the City of Chicago. For this acceptance of corporate accountability, United is to be applauded,” Demetrio said.

“We are pleased to report that United and Dr. Dao have reached an amicable resolution of the unfortunate incident that occurred aboard flight 3411. We look forward to implementing the improvements we have announced, which will put our customers at the center of everything we do,” an airline spokesperson said in an email

The settlement does not necessarily preclude a lawsuit against the city.

The announcement comes the same day United outlined several policy changes in response to the April 9 incident on Flight 3411.

United has said, from now on, it will offer passengers up to $10,000 to give up their seats on overbooked flights.

Dao was dragged off Flight 3411 after refusing to give up his seat for airline employees that needed to get on the already full plane. The crew had tried to find four passengers willing to give up their seats to allow four United employees to get on the flight, but no one volunteered, despite United’s offers of up to $800.

In addition to offering up to $10,000 to passengers to change flights when flights are overbooked, United said it no longer will require customers to give up their seat once they have boarded the plane, unless there is a safety or security risk involved. As previously announced, United also will no longer ask law enforcement to remove a passenger from a flight unless there is a safety or security issue.

The other policy changes announced Thursday include promises to:

• Establish a customer solutions team to provide agents with creative solutions such as using nearby airports, other airlines or ground transportations to get customers to their final destination.

• Ensure crews are booked onto a flight at least 60 minutes prior to departure.

• Reduce the amount of overbooking.

• Empower employees to resolve customer service issues in the moment.

• Eliminate the red tape on permanently lost bags by adopting a “no questions asked” policy on lost luggage.

“Dr. Dao has become the unintended champion for the adoption of changes which will certainly help improve the lives of literally millions of travelers,” Demetrio said. “I sincerely hope that all other airlines follow United’s lead to improve the passenger flying experience with an emphasis on empathy, patience, respect and dignity.”