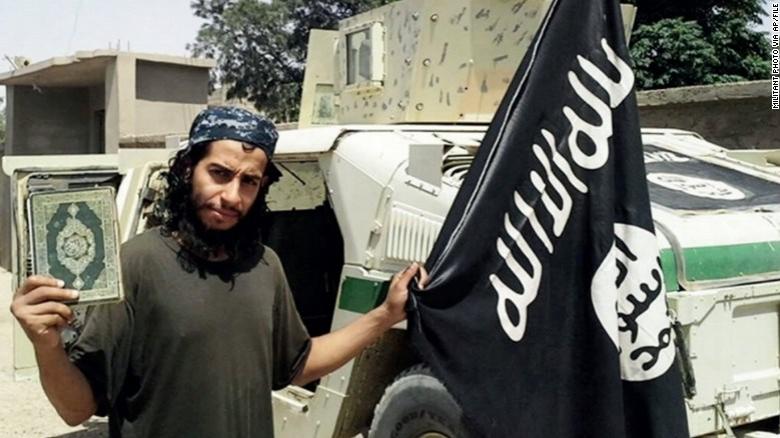 (CNN)French investigators have determined that Abdelhamid Abaaoud, the suspected ringleader of the Paris terrorist attacks, was killed in a major police operation in a suburb of the city.

Another key suspect linked to Friday's atrocities by ISIS attackers in the French capital is still at large. And Belgian authorities are conducting fresh raids around Brussels.

ISIS, meanwhile, is continuing to fuel alarm and outrage around the globe, announcing the killings of hostages from China and Norway and claiming it plans to attack New York City.

Here are the most important recent developments:

• NEW: Lawmakers in France's National Assembly on Thursday approved a plan by President Francois Hollande to extend by three months -- to February 2016 -- the state of emergency declared the night of the Paris attacks. The bill, which gives the government sweeping powers, now moves to France's upper house, or Senate, for an expected Friday vote.

• NEW: Chinese President Xi Jinping "strongly condemned" ISIS for kidnapping and killing Fan Jinghui, the first known Chinese national to die at the hands of the terror group. ISIS announced that its militants had killed Fan and a Norwegian citizen in the latest edition of its English-language magazine, Dabiq. Blasting ISIS for having "brutally murdered" Fan, Chinese Foreign Ministry spokesman Hong Lei said his government "firmly cracks down on ... any terrorist crime that challenges the baseline of human civilization." Hong added, "(China) will continue to enhance counter-terrorism cooperation with the international community to safeguard world peace and tranquility."

• Belgian authorities are conducting six raids at various locations around Brussels on Thursday in relation to one of the Paris attackers, said Eric Van Der Sypt of the country's federal prosecutor's office. The raids are targeting people connected to Bilal Hadfi, one of the suicide bombers who blew themselves up Friday outside France's national stadium on the outskirts of Paris. A separate raid was carried out in the Brussels suburb of Laeken in connection to the Paris attacks, and one person was taken in for questioning, the official said.

The investigation and the raids

• Seven men and a woman were detained in the major police operation Wednesday in the Paris suburb of Saint-Denis.

• The suspects appeared to be "prepared to act" in another possible attack, Paris Prosecutor Francois Molins said, noting their weaponry, structured organization and determination.

• A suicide bomber who blew herself up during the raids has been identified as a cousin of Abaaoud, a Belgian state broadcaster reported. CNN has not verified the report, but earlier Wednesday, a Belgian counterterrorism official told CNN that authorities had launched the raid believing Abaaoud's female cousin was in one of the apartments targeted in Saint-Denis.

• Investigators will use DNA analysis to determine whether Abaaoud was killed in the raid. A French commando team used powerful munitions to neutralize suspects, resulting in the collapse of an entire floor of the building. In the rubble, investigators found body parts, the Belgian counterterrorism official said.