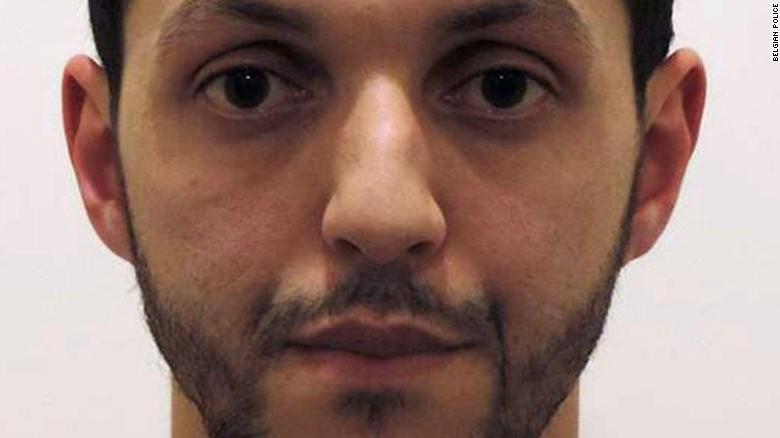 Paris (CNN)French authorities working to dismantle the network of terrorists behind the Paris attacks on Tuesday revealed a troubling find.

Another attack could have been just hours away when police closed in on the suspects' hideaway last week.

Suspected ringleader Abdelhamid Abaaoud and another man were planning a suicide attack on the Paris financial district of La Defense on November 18 or 19, Paris prosecutor Francois Molins said. Instead, both men were killed during the dramatic raid in Saint-Denis that shook a neighborhood and collapsed an entire floor of an apartment building.

The prosecutor did not elaborate on how authorities deduced the plot was in the works.

• Where is suspect Salah Abdeslam?

• Did a suicide vest investigators found in a Paris suburb this week belong to him? Was it intended for another attack that never happened?

• Who is the man who was killed after he detonated a suicide vest during the Saint-Denis raid last Wednesday? Was he involved in the Paris attacks?

It's been more than a week since an international arrest warrant went out for Abdeslam.Investigators haven't detailed what they believe his role in the coordinated series of shootings and bombings was, but Molins offered a theory: Abdeslam may have driven suicide bombers to the Stade de France, dropped them off and then made his way to another Paris neighborhood. Why? His fingerprints, Molins said, were found in a car connected with the attacks, and particularly on the key.

The hunt for Abdeslam has stretched to several countries in Western Europe, but so far, he hasn't been spotted since authorities named him as a suspect.Belgium, and specifically a Brussels suburb that has a history of links with terrorism plots, have been a focus of the investigation. Brussels, which has been under partial lockdown since Friday night, is to remain at the highest terror alert level until at least the start of next week. Schools and the metro will stay closed until Wednesday at the earliest, Prime Minister Charles Michel has said.

Sources in France close to the ongoing investigation believe Abdeslam could not have survived so long on the run without help, and that a support network in Belgium might be what's helping him avoid capture. They say thatextensive raids in Belgium on Sunday and Monday, in which 21 people were detained in several locations, targeted individuals suspected of a role in the network that organized the attacks.

Belgian authorities released the name and photo of another suspect, saying they're searching for him in connection with the Paris attacks.

Police said Mohamed Abrini was driving another car that was found abandoned in a Paris neighborhood where one of the November 13 shootings occurred. They said he had dropped off one of the bombers who attacked the Stade de France.As far as Abdeslam, a suicide vest found in a garbage bin could give investigators new clues about his whereabouts and his possible role in the attacks.

Investigators are still analyzing the vest, which was found in the Paris suburb of Montrouge near locations where Abdeslam's cell phone was traced on the night of the attacks, Molins said.Questions have already been raised over whether Abdeslam aborted part of the attacks before fleeing toward Belgium. The Paris prosecutor suggested that could have been the case, noting that an ISIS message claiming responsibility for the attacks mentioned the 18th arrondissement, a Paris neighborhood where no attack occurred.

"Our investigation on that is still ongoing, to determine if Salah was planning on a suicide attack in the 18th arrondissement and why it didn't happen," Molins said.There are other questions, too, CNN terrorism analyst Paul Cruickshank said. If it is a suicide vest belonging to Abdeslam, why would it have been discovered as late as Monday, 10 days after the attacks? And if it doesn't belong to him, then whose is it?

"It is possible that somebody else may have jettisoned it, an attacker that we don't know much about at this point," Cruickshank said. "So they'll be doing all sorts of forensics, trying to establish who this belonged to, and that will be a huge priority for French investigators."

Local authorities in Montrouge said that the garbage cans in the area are emptied "once or twice a week," Le Monde reported, underscoring the puzzle over how and when the possible suicide vest ended up in one of them.While investigators search for suspects, French President Francois Hollande is in the midst of a week of whirlwind diplomacy aimed at building a broader global coalition to fight ISIS in its strongholds in Syria and Iraq. After hosting British Prime Minister David Cameron in Paris on Monday, Hollande met with U.S. President Barack Obama in Washington on Tuesday, then will hold talks with German Chancellor Angela Merkel on Wednesday and travel to Moscow to see Russian President Vladimir Putin on Thursday.France and Britain are already part of a U.S.-led coalition that's been bombing ISIS targets. Russia has been conducting its own separate airstrikes against ISIS and other groups in coordination with the forces of Syrian President Bashar al-Assad.

Any efforts to form an alliance that includes both Russia and the United States are likely to run into thorny issues like Assad's future role in Syria and international sanctions against Moscow for its interference in Ukraine.

Hollande has vowed to intensify the aerial campaign against ISIS targets, and the French military began Monday to use the aircraft carrier Charles de Gaulle in the eastern Mediterranean to launch strikes.